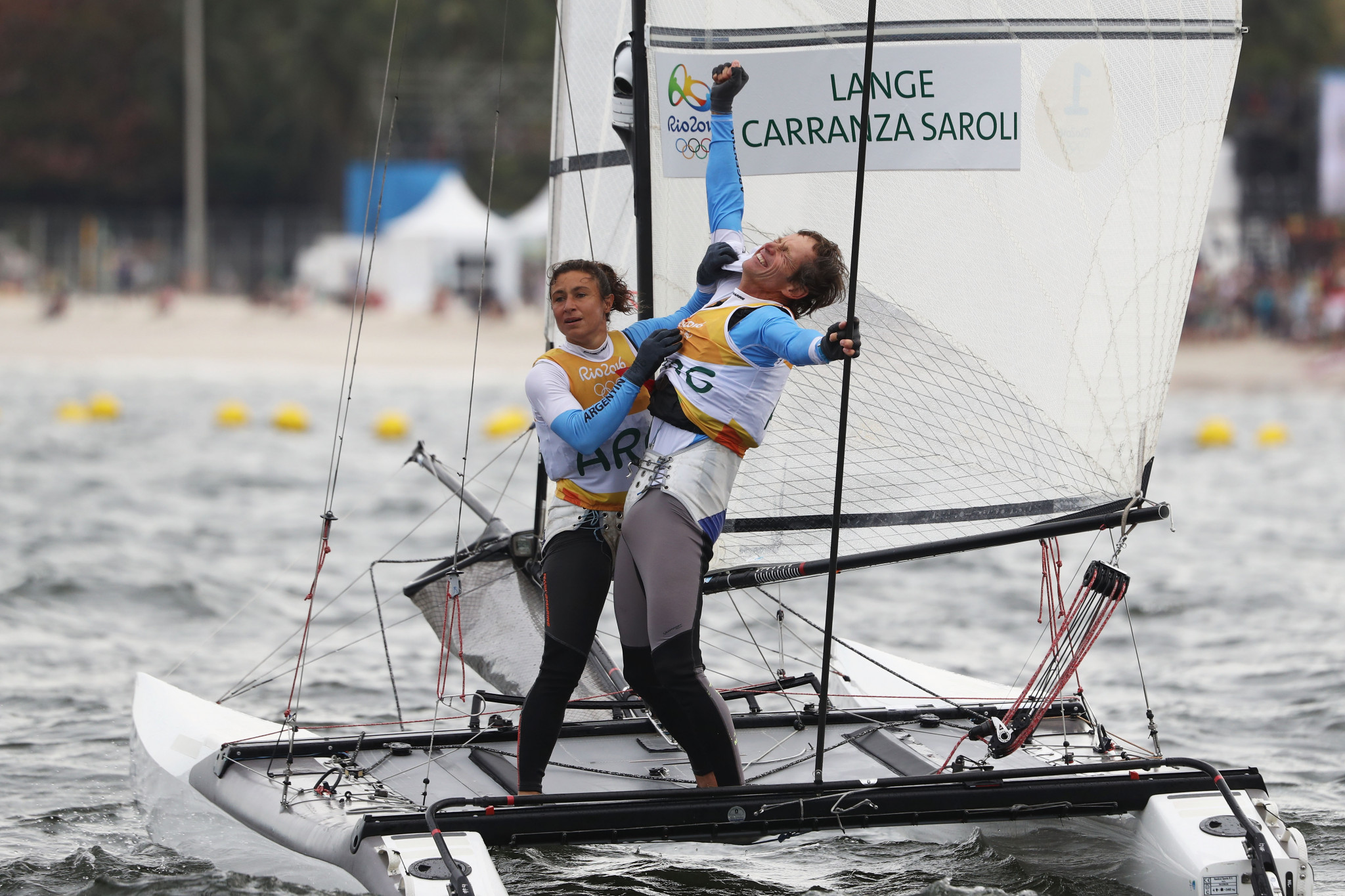 Jason Waterhouse and Lisa Darmanin of Australia lie another five points back in third.

Pawel Tarnowski of Poland rose to the top of the leaderboard in the men's RS:X with a win and a third place among his results today.

He lies on 14 points, three clear of Dutch Olympic champion Dorian van Rijsselberghe, with Daniele Benedetti of Italy third on 20.

But Poland's Zofia Noceti-Klepacka fell from first to fourth in the corresponding women's event after an eighth and 10th place finish.

Lilian de Geus of The Netherlands sits second on 17 while Charline Picon is third on 21.

Ed Wright maintained his advantage for Britain in the finn class despite a discarded 43rd place in race seven.

He finished second in race eight to stay on 37 points, seven clear of Canadian Tom Ramshaw.