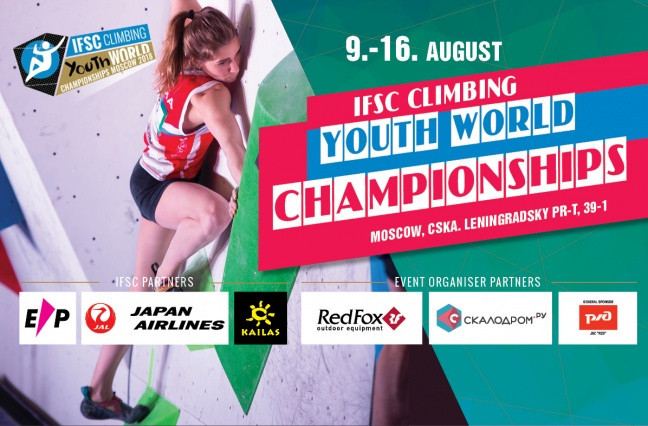 Ashima Shiraishi of the United States will seek to continue her dominance of the bouldering and lead disciplines at the International Federation of Sport Climbing Youth World Championships beginning in Moscow tomorrow.

Shiraishi has won the bouldering and lead title at the last three editions of the event and will be among the favourites in the youth 'A' category for climbers between the ages of 16 and 17.

Japan's Youth B bouldering champion Futaba Ito is also expected to mount a serious challenge for the gold medal at the competition in the Russian capital.

Further success for Japan is likely to come in the men's junior bouldering event - for 18 and 19-year-olds - as Meichi Narasaki aims to capitalise on Yoshiyuki Ogata's graduation from junior to senior level.

Do you remember where did the last Youth World Championships happen?
You might find a hint in the picture below...

The 2018 ones will take place in Moscow and begin tomorrow! #Ywch

Youth 'a' bouldering champion Filip Schenk of Italy, who is among the athletes competing in Moscow who have qualified for October's Youth Olympic Games in Buenos Aires, will hope to stop the Japanese charge in the event.

Russia earned the most medals in a single discipline last year, tallying 11 medals in the speed competitions, and climbers from the nation will target further glory on home soil.

Nearly 700 athletes, spanning five continents and 43 countries, have entered the Youth World Championships at the CSKA Athletics and Football Hall.