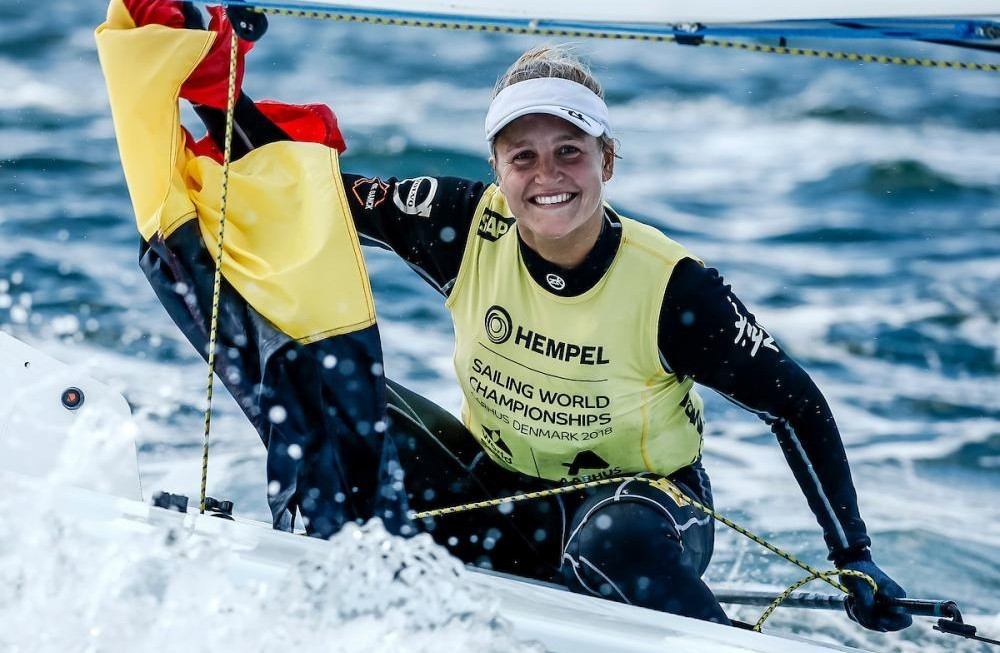 The Belgian sailor started the day with a healthy 11-point advantage and converted her lead into the gold after finishing in fifth place.

Bouwmeester, considered the red-hot favourite for the title, had a slim chance of defending her world crown but could only manage fourth, ensuring Plasschaert made history in the Danish city.

Anne-Marie Rindom delivered a medal for the host nation as she did enough for bronze after she recovered from a difficult start to the medal race in tricky conditions.

Plasschaert chose the perfect moment to claim her maiden major title in the sport, causing a huge upset in the process by beating the Dutch legend.

"I knew Marit was so good in these conditions, so I was a little bit afraid she would jump over me," Plasschaert said.

"I’m feeling amazing and overwhelmed to win the World Championship.

"I thought it was too windy to go match racing and I’m not that good at it yet."

Overnight leader Kontides, second in the event at the 2012 Olympic Games in London, was in severe danger of relinquishing his crown as big winds at the top mark threatened to derail his challenge.

But the 28-year-old, whose silver at London 2012 was the first medal won by a Cypriot at the Olympic Games, hauled himself back into contention as the winds dropped.

"It’s hard having to keep someone like Matt Wearn behind you.

"The quality of this fleet is so high and so deep that you always have to be at the top of your game."

The event in Aarhus is due to continue tomorrow.