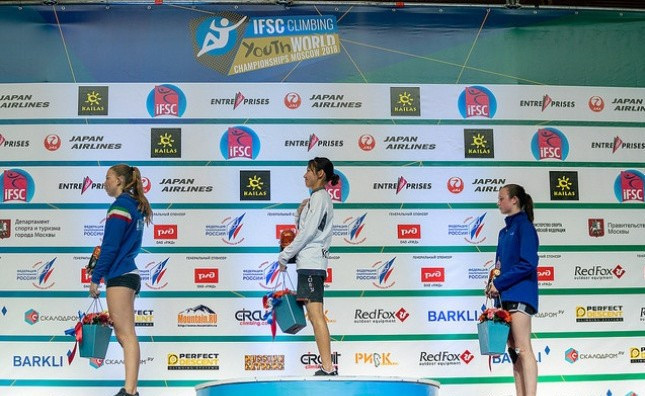 Haram overcame Andrea Zappini of Italy at the CSKA Athletics and Football Hall with a time of 6.95sec in the final of the men's youth B competition for athletes aged 14 or 15 in the Russian capital.

American Ellis Ernsberger joined the South Korean and the Italian on the podium as he clocked 8.15sec, beating Russian Maksim Ryzhov.

Jeong benefited from a slight slip from Italian opponent Anna Calanca to take gold in the women's youth B event.

The South Korean youngster showed composure as she finished in 8.90, nearly three seconds in front of Calanca.

Emma Hunt emerged victorious from an all-American small final as she claimed bronze in 11.02 as Kiara Pellicane-Hart suffered a fall.

The event in Moscow is due to conitinue tomorrow as the first bouldering medals are set to be won.