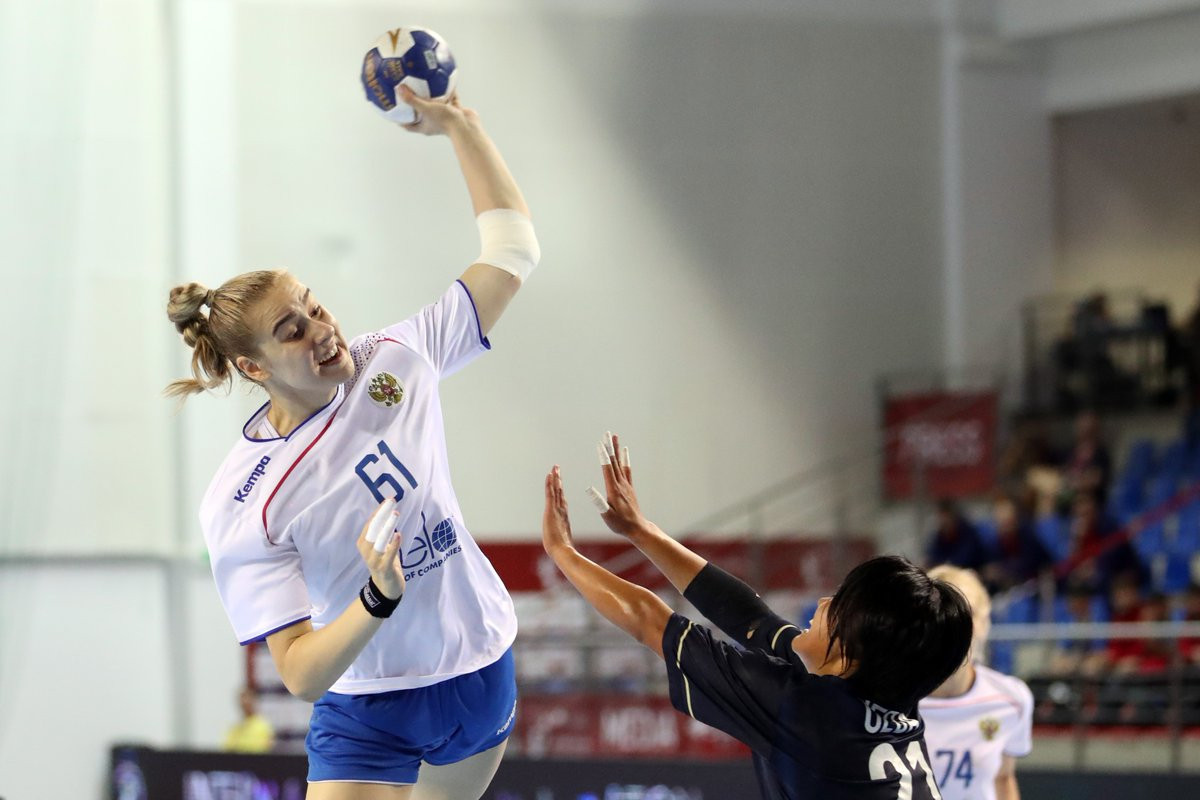 Defending champions Russia remain top of Group C at the Women’s Youth World Handball Championships in Kielce in Poland with just one round of Group matches remaining.

The 2016 champions won their third match of the competition organised by the International Handball Federation today against Japan 31-17 at Kielce University of Technology to move onto six points.

They are still only top thanks to goal difference, however, as their main group rivals Norway also won today against Argentina 39-12, to match the Russians on six points.

The other match in Group C saw China play The Netherlands, the European side winning 32-30.

In Group A the hosts Poland fell to their first defeat of the tournament, losing to group leaders Romania 28-19 at Legionów Hall.

Germany meanwhile kept up their unbeaten run by dispatching Slovakia 27-19, while Austria versus Angola finished 23-20.

Hungary and South Korea top Groups B and D respectively.

Both sides played and won their third matches of the tournament today to remain unbeaten and move onto six points in their groups.

Hungary and South Korea are not the only teams on six points in their respective groups but remain top thanks to their better goal differences.

In Group B Denmark also won today against Egypt 24-15 to move onto six points and in Group D France beat Spain 29-25 to do the same, but both teams remain in second place.

Elsewhere in Group B, Sweden, who were yet to score a point before today, beat Chile 31-19, meaning as things stand after day three, Egypt are now the only team in that group on zero points.

In Group D, meanwhile, the other match of the day saw Tunisia beat Kazakhstan 36-26 to gain their first points.

There are due to be two more days of group stage matches before the knock-out rounds are scheduled to begin on Wednesday (August 15).