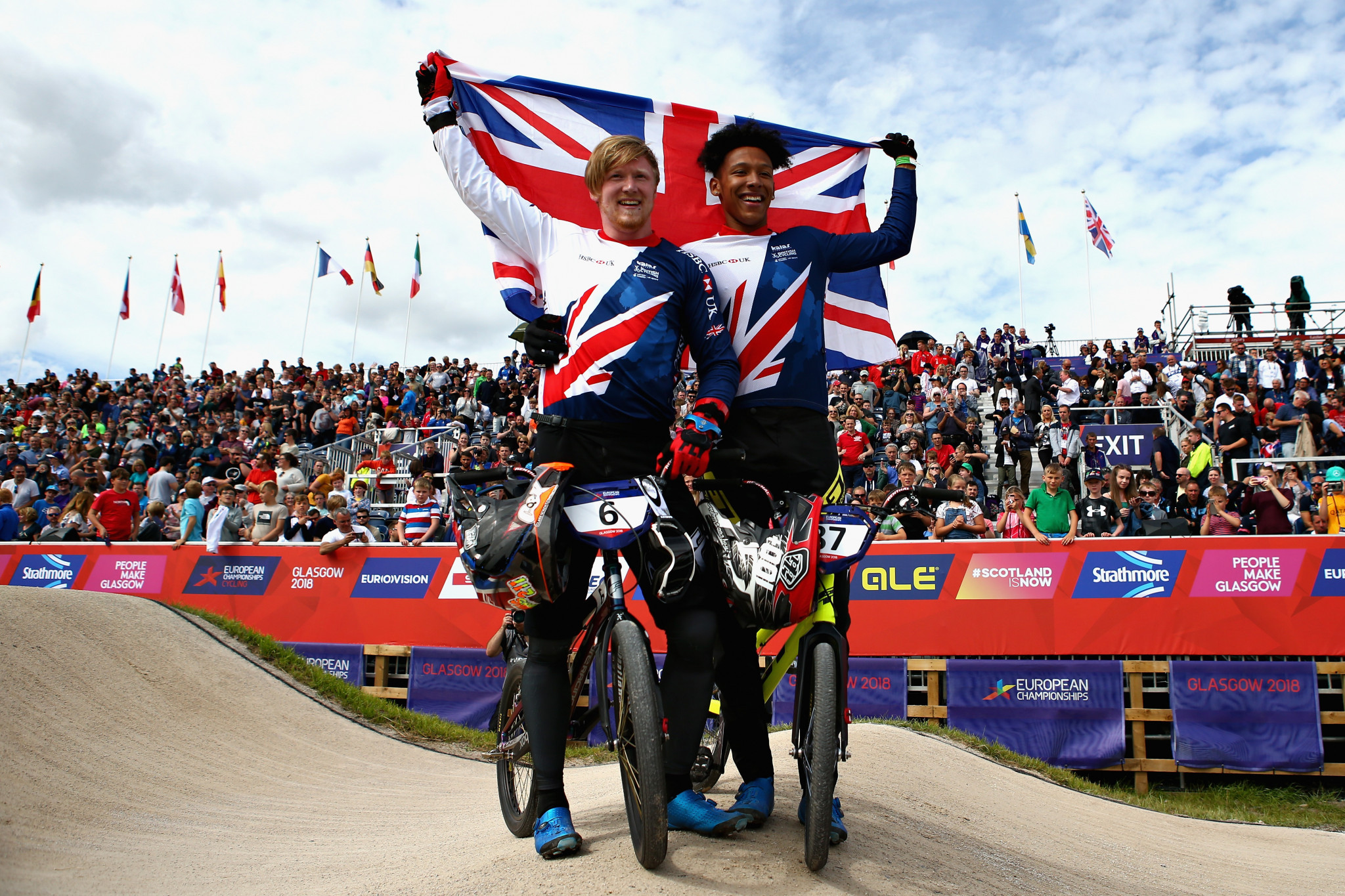 There were 11 French and eight Dutch riders in the men's event, with the two BMX powerhouses expected to sweep the podium at the start of the day.

But Evans and Whyte had other ideas and managed to secure a British one-two finish.

"I got in, like I do in every race, making sure I am doing my best performance, giving myself the best chance to win.

"But trying to do this is a different thing on the day.

"We've got so many good riders here.

"The top six in the world are all from Europe, so it's never going to be easy.

"I worked hard at home and it paid off."

World champion Sylvain André of France rounded out the podium in 35.458.

The 25-year-old had a major crash in training on Thursday (August 9) and he admitted he was not at his best.

"I am lucky with what I did today," André said.

"In view of the big crash I had two days ago, I was happy to race at least.

"I did everything I could to get to the main event and I'm happy that I got third."

The Netherlands' Niek Kimmann, the 2015 world champion and this season's World Cup leader with four wins, surprisingly failed to advance from the semi-finals.

He ended up way down in 16th place after struggling on the challenging track in the Scottish city.

There were no surprises in the women's event as The Netherlands' Laura Smulders came out on top to secure the defence of her European crown, two months after winning gold at the World Championships in Azerbaijan's capital Baku.

The Dutchwoman prevailed in the final with a time of 38.700, while Denmark's Simone Tetsche Christensen finished 0.265 seconds behind in the silver-medal position.

"Today I had to step up my game a little bit more to be in front of the other fast girls like Simone and the Russian girls," Smulders said.

"That's what I did in the final.

"I put it all together and I'm very proud."

Russia's Yaroslava Bondarenko took the bronze medal in 40.067 as Smulders' younger sister Merel ended up just outside the top three.