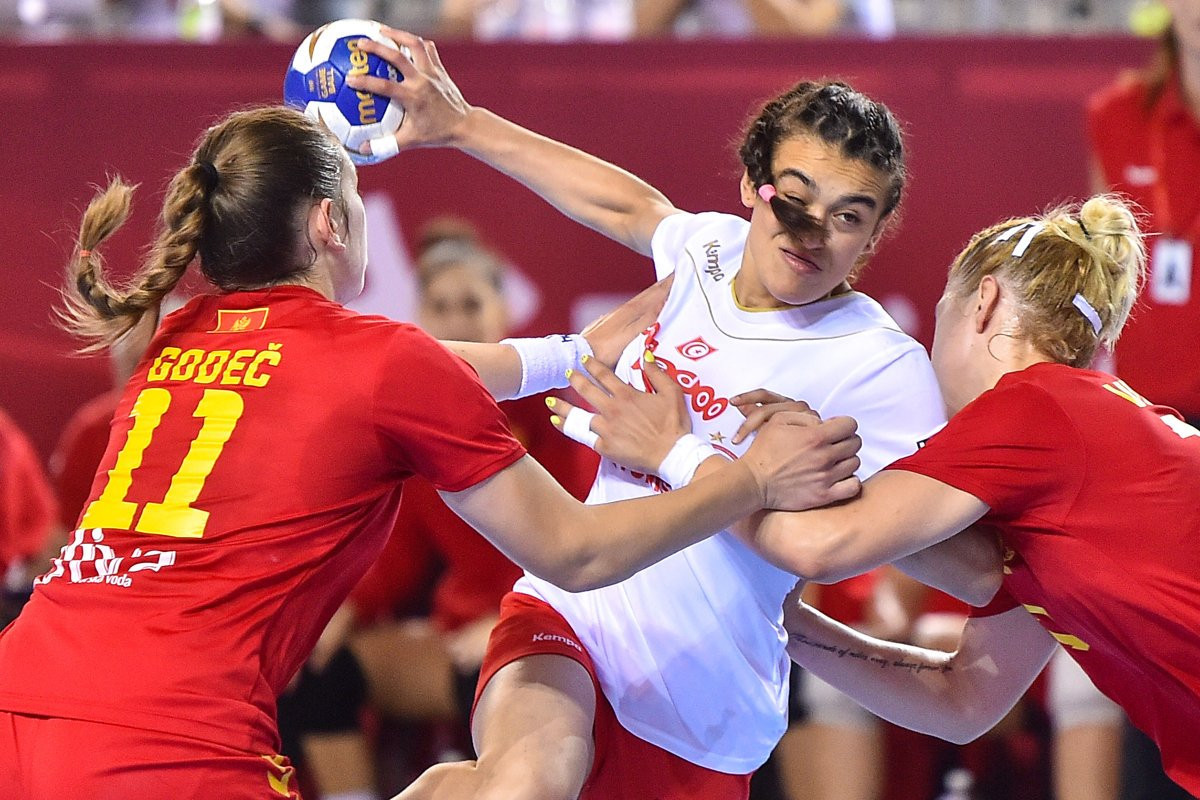 Tunisia booked their place in the last 16 of the Women’s Youth World Handball Championship for the first time with victory over Montenegro in in Kielce in Poland.

The African nation recorded a 31-27 win at the Kielce University of Technology to guarantee progression from Group D.

Tunisia occupy third place in the group and cannot be caught by Montenegro, who could still reach the last 16 if results go their way in the final set of matches.

France and South Korea both maintained their 100 per cent records in the groups by recording their fourth straight victories today.

The French side thrashed bottom side Kazakhstan 42-17 in the day's opening game before South Korea edged Spain 32-31 in a thrilling contest.

In Group B, Croatia effectively qualified for the knockout round after they beat Sweden 24-18 at the Legionów Hall.

The result leaves Croatia on four points and their place in the next phase is all-but sealed as their goal difference is considerably better than fifth-placed Chile.

Elsewhere in the group, Denmark and Hungary both made it four wins from four.

The tournament in Poland is due to continue tomorrow.