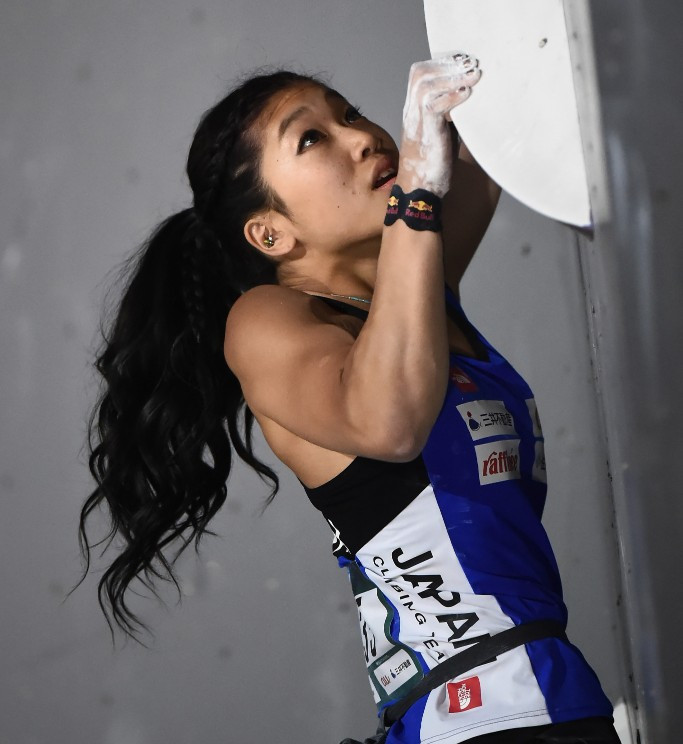 Miho Nonaka's extraordinary consistency in the this year’s International Federation of Sport Climbing Bouldering World Cup series means she arrives at the final stop in Munich with a narrow five-point lead in the overall standings over fellow Japanese climber Akiyo Noguchi.

Nonaka, who finished fourth - one place behind Noguchi - on last year’s World Cup standings, won the opening event of this season at Meiringen in Switzerland.

She has placed second in the five subsequent competitions in Moscow, Chinese venues Chongqing and Tai’an, home venue Hachioji and in Vail in Colorado in June.

Nonaka has 500 points, but victories in Chonqing, Tai’an and Hachioji have kept Noguchi in the running.

France’s Fanny Gibert is a distant third with 305 points.

Kruder has 400 to Naraski's 396 prior to the competition in the German city.

A second World Cup gold of his career at the last event in Vail lifted Narasaki’s compatriot Rei Sugimoto to third place overall on 322, with Russia’s Aleey Rubtsov currently fourth with 296.

Men’s qualification will take place tomorrow morning, and women’s qualifying in the evening.

Semi-finals and finals will be held on Saturday (August 18) afternoon and evening.