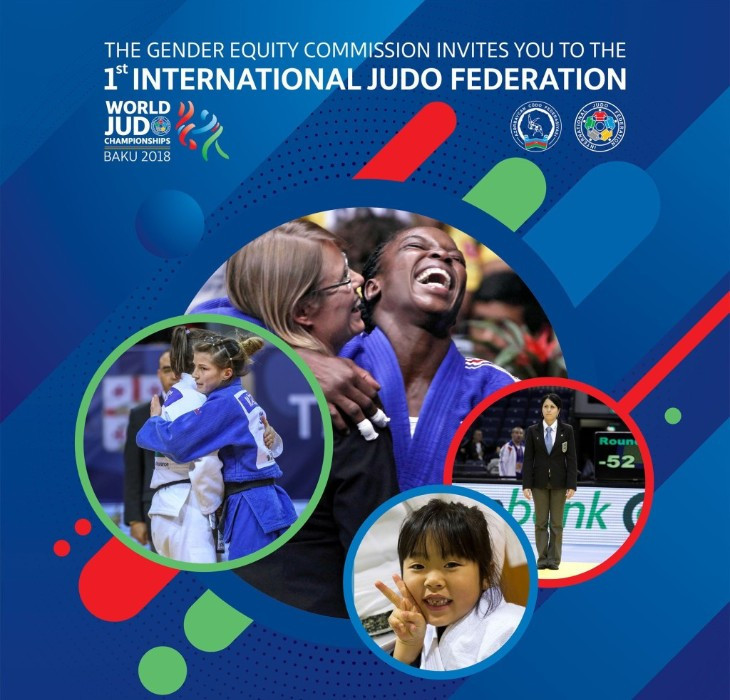 A conference dedicated to gender equality will be held on the eve of the International Judo Federation (IJF) World Championships in Baku next month, it has been announced.

The IJF has confirmed the event, entitled "Together We Are Stronger - Gender Equity in Judo", will take place on September 19 in the Azerbaijan capital.

The conference will be the first of its type staged by the IJF.

According to the sport's worldwide governing body, the conference will "look at the position and role of women in the sport".

It will be led by the IJF Gender Equity Commission, chaired by Executive Committee member Lisa Allan, and will be attended by President Marius Vizer.

Rozalia-Ibolya Biro, a member of the Romanian Parliament, has been chosen to provide the keynote speech.

Kosovan Majlinda Kelmendi, who claimed the country's historic first Olympic medal when she won gold in the women's under-52 kilograms category at the 2016 Games in Rio de Janeiro, and Austrian judoka Sabrina Filzmoser will provide the athletes' perspective on their experiences of gender equality.

The conference will come amid a wider sporting aim to improve gender equality within organisations and at major events including the Olympic Games.

The World Championships in Baku are due to run from September 20 to 27.