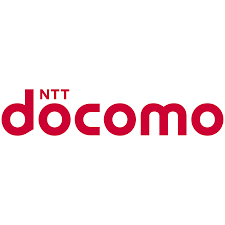 Mobile telecommunications giant NTT DOCOMO has been appointed as a tournament supplier for next year's Rugby World Cup in Japan.

World Rugby confirmed the company, considered among the main mobile phone operators in the country, had joined Gilbert, TUDOR, Toppan Printing and Canterbury in signing on as a supplier for the event.

NTT DOCOMO will be tasked with connecting a "nationwide celebration of Japan, rugby and its character-building values through a network of engaged host cities from Sapporo in the north to Kumamoto in the south", according to World Rugby.

Here's how the pools are shaping up for Rugby World Cup 2019.

"Rugby World Cup is the world in union and we look forward to partnering with NTT DOCOMO to bring the whole of Japan and more than 400,000 international visitors together in celebration of the host nation, friendship and rugby.

"With a network of 76 million subscribers and an excellence in mobile technology solutions, NTT DOCOMO is the perfect partner in that regard."

NTT DOCOMO President and chief executive Kazuhiro Yoshizawa said it was an honour for the company to be partnered with the Rugby World Cup, scheduled to take place from September 20 to November 2 next year.

"Through our corporate rugby team, Red Hurricanes, DOCOMO has been active in supporting the popularisation of rugby as well as the promotion of regional sports," said Yoshizawa.