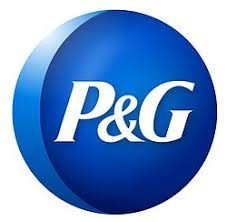 Procter & Gamble (P&G) has signed on as a gold partner of the Tokyo 2020 Paralympic Games, it was announced today.

The American multi-national company, part of The Olympic Partner programme, becomes the 57th member of Tokyo 2020's top-tier sponsorship scheme for the Paralympics.

The announcement comes on the eve of the two years to go milestone until the Opening Ceremony of the Paralympics tomorrow.

"We will be welcoming P&G as a gold partner of the Tokyo 2020 Paralympic Games," said Tokyo 2020 President Yoshirō Mori.

"As a Worldwide Olympic Partner since 2010, P&G has supported the Olympic Games as well as the athletes and their families.

"I am delighted we will have their support as we work together towards the Tokyo 2020 Paralympic Games that we hope will provide a boost to the entire Paralympic Movement."

Japan’s yearly summer fireworks are going to add even more excitement to #Tokyo2020! Only #2YearstoGo!
*The pin badge is not for sale pic.twitter.com/1AZhTbzoqZ

P&G signed a 10-year agreement with the International Olympic Committee (IOC) in 2010 to cover five editions of the Games through to 2020.

Should the company extend the deal with the IOC, it will automatically become a top-level sponsor of the International Paralympic Committee from 2021.

Their addition as a Paralympic gold partner further strengthens Tokyo 2020's sponsorship portfolio, considered one of the Organising Committee's biggest successes in their preparations for hosting the Games.

"It is a great honour to be involved with the Tokyo 2020 Paralympic Games as a gold partner," Stanislav Vecera, President and chief executive of P&G Japan, said.

"Promoting diversity and inclusion that aims to respect and leverage individual differences has long been a focus of P&G's management strategy.