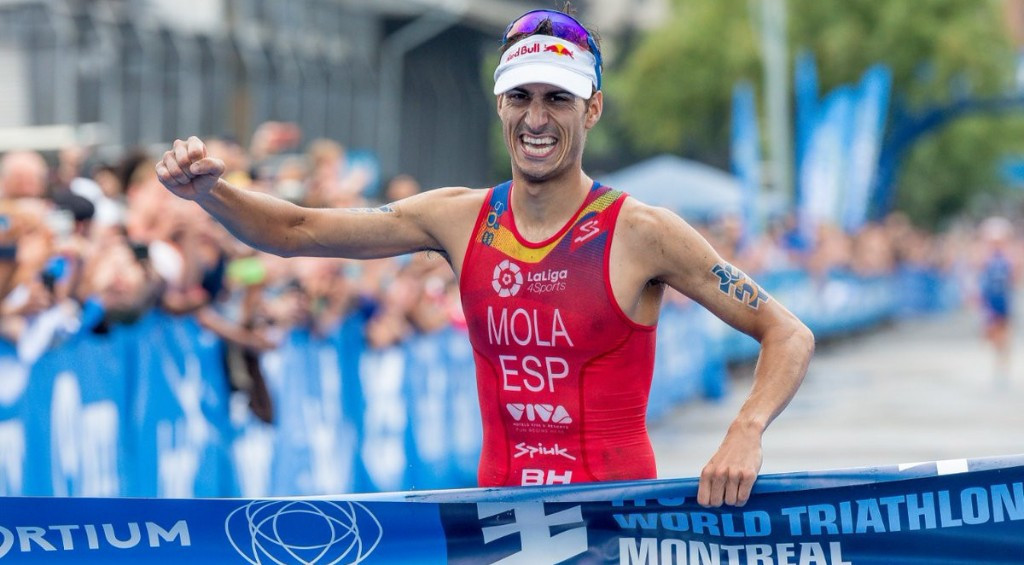 The Spaniard headed to the second Canadian leg of the series with a strong lead in the overall standings following wins in Yokohama, Hamburg and Edmonton.

A fourth success of the season appeared in doubt when a breakaway group, which contained Norway’s Kristian Blummenfelt, moved clear on the bike leg of the race.

The group came into the final transition of the race with a lead of nearly one minute over the chasing group.

Blummenfelt led of the transition, but Mola, Australia’s Jake Birtwhistle and South Africa’s Richard Murray attempted to chase down the Norwegian.

Mola was able to half the deficit and moved into second place before pressing on as he continued to close on the leader.

A superb run saw Mola eventually catch Blummenfelt as he stormed to a fourth series win by crossing the line in 1hr 47min and 46sec.

Here is your #WTSMontreal Men’s Podium!

Blummenfelt was forced to settle for the silver medal, having finished in 1:48.02.

The podium was rounded off by Birtwhistle, who completed the event in a time of 1:48.28.

Murray ended a further 12 seconds down.

The series will conclude with the Grand Final in Gold Coast, where Mola is set to be crowned as the men’s champion.