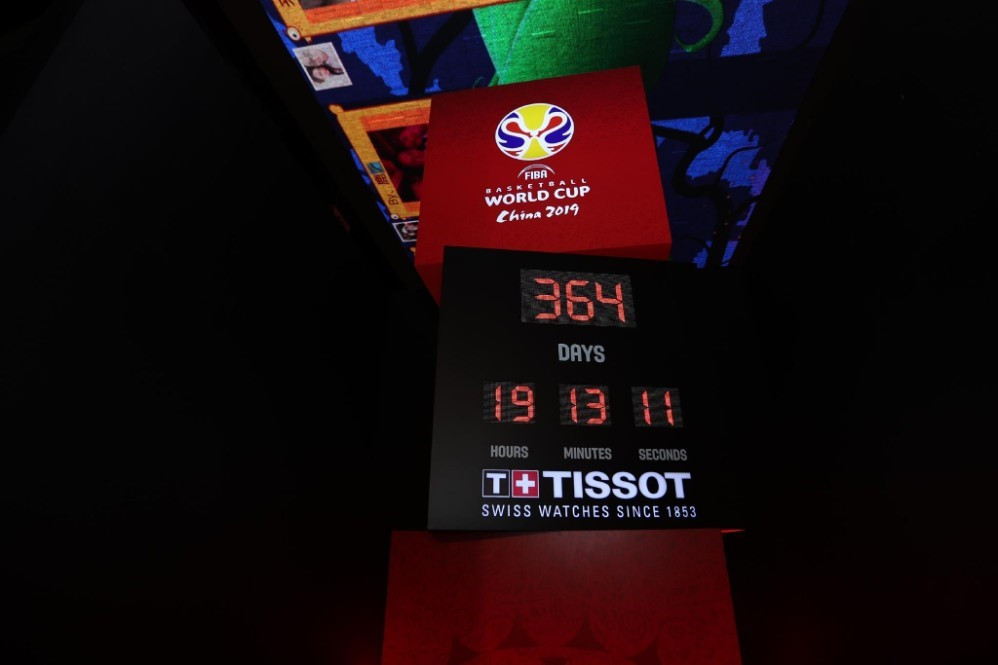 A countdown clock has been unveiled in Beijing to mark one year to go until the start of the International Basketball Federation (FIBA) World Cup in China.

Today marks exactly a year until tournament, the first edition of the competition to include 32 teams, begins in the Asian country.

Beijing is the first of eight cities where a countdown clock, designed by Swiss luxury watch manufacturer and FIBA partner Tissot, will be unveiled.

China's vice-minister of general administration of sports, Li Yingchuan, and Beijing's Vice-Mayor, Zhang Jiandong, were in attendance at a ceremony in the Chinese capital.

They were joined by FIBA secretary general Patrick Baumann, representatives from the Beijing Sports Bureau and members of the Local Organising Committee.

All ceremonies are set to be attended by FIBA and Tissot officials, alongside Chinese Basketball Association members and the Organising Committee.

It is claimed each ceremony will be unique, demonstrating the character of each city.

"We're honored to be in Beijing to mark exactly one year to the start of the FIBA Basketball World Cup 2019," Baumann, also a member of the International Olympic Committee, said.

"This milestone means there are only 365 days to go before we witness an historic FIBA Basketball World Cup - the first played in China, the first hosted by eight cities and the first to feature 32 teams.

"It's so close, we can almost touch it.

"The road to China 2019 is gathering pace and, thanks to our longstanding partner Tissot, celebrations to mark this latest milestone will live up to expectations.

"The unveiling of countdown clocks in every host city will enable fans to know exactly how many days, hours, minutes and seconds are left before basketball's biggest competition takes centre stage around the world.

"We look forward to being back here in a year's time to see the best of men's world basketball and, of course, witness the final right here in Beijing."

Ceremonies in the other seven cities are due to take place over the next few weeks.

The other host cities of Shenzhen, Foshan, Dongguan and Guangzhou will be unveiling their clocks before September 12.

The 2019 FIBA Basketball World Cup will qualify seven teams directly for the Olympics for the first time.

The top ranked team from Africa, Asia and Oceania in the World Cup will secure their place at Tokyo 2020.

Similarly. the top two ranked teams from the Americas and Europe at the event will also book their spot at the Games in the Japanese capital.