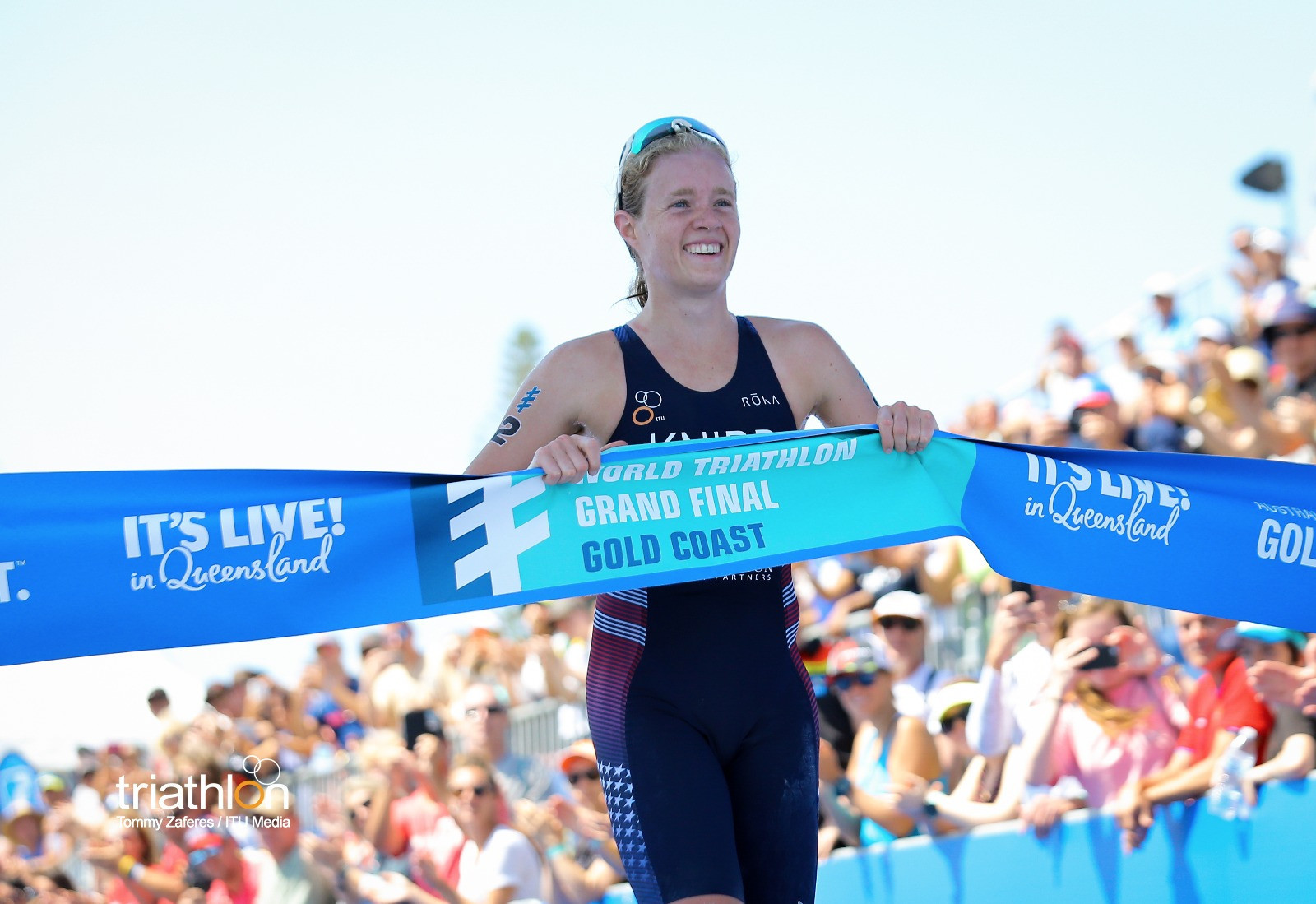 Taylor Knibb of the United States and Tayler Reid of New Zealand earned the International Triathlon Union’s respective women's and men’s under-23 world titles at the Grand Final on Australia’s Gold Coast.

Knibb, who won the world junior title at the Rotterdam Grand Final a year ago, pulverised the field with the quality of her bike ride to put the result effectively beyond doubt.

The 20-year-old from Washington D.C. took over the initiative in the first lap from pre-race favourite Cassandre Beaugrand of France, earning a 25 second advantage which had become a gap of nearly three minutes by the bell.

Knibb was able to make a leisurely final transition before setting off on her 10 kilometres run knowing that she was virtually beyond reach.

Beaugrand did her best, cutting the lead by 44 seconds on the first lap, but she was unable to maintain that speed and made only another six seconds on the second lap.

"I rode well, I think, I just tried to be smart.

"My coach had a very detailed plan going into the wind but then to maintain speed on the way back.

"Coming off the bike I didn’t know how my legs would feel, but I guess it’s not how they feel but what they let you do!

"It was a dream scenario, getting away so early because I had a good swim."

A surge on the final two kilometres of his 10km run earned Reid the title as he pulled away from the two men with whom he had been side-by-side for the majority of the final discipline, Samuel Dickinson of Britain and Leo Bergere of France, to win in 1:44.08.

Dickinson, who had clearly pushed himself to the limit, claimed silver in 1:44:20, but Bergere lost the bronze to a startling final surge by Hungary's Bence Bicsak, who clocked 1:44:31.

"I've never felt something so good - this was what I have always wanted.

"I have wanted to be a world champion for ten years but never been close.

"Today it all came together - it was great.

"I saw my family all come around on every lap, and I just felt good and I thought 'I am going to go for it now, full gas, full gas to the finish."

The event in Gold Coast continues with the women's elite race tomorrow.

It is set to be a showdown between Katie Zaferes of the United States and Britain’s Vicky Holland, with the winner of the duel set to be crowned world champion for the first time.