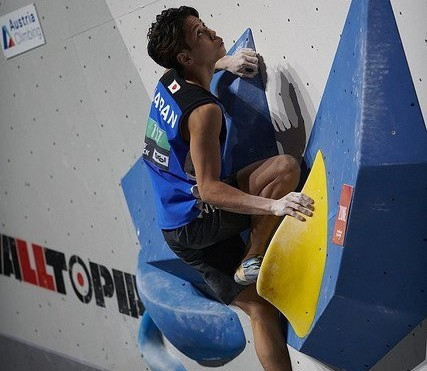 Harada was one of six climbers to progress through to the final of the men’s competition in the Austrian city.

He had impressed in both qualification and the semi-final stage to put himself in contention to secure the world title.

Harada had been yet to secure a gold medal at a senior IFSC competition, but he ended that wait at the perfect time.

The Japanese climber was able to achieve one more top than South Korea’s Jongwon Chon during the final to secure victory.

Chon was forced to settle for the silver medal despite a fine display throughout the competition.

Slovenia’s Gregor Vezonik was able to complete the podium places, holding off the challenge of Japan’s Keita Watabe and Kokoro Fujii.

Attention is now set to turn towards the first combined finals at the World Championships.

Harada will be among the six contenders in the men’s final, along with team-mates Tomoa Narasaki and Fujii.

Newly crowed bouldering world champion Janja Garnbret of Slovenia will be among the six starters in the women’s event tomorrow.

Home favourite Jessica Pilz, who has already won the lead title, will go for her second gold medal.