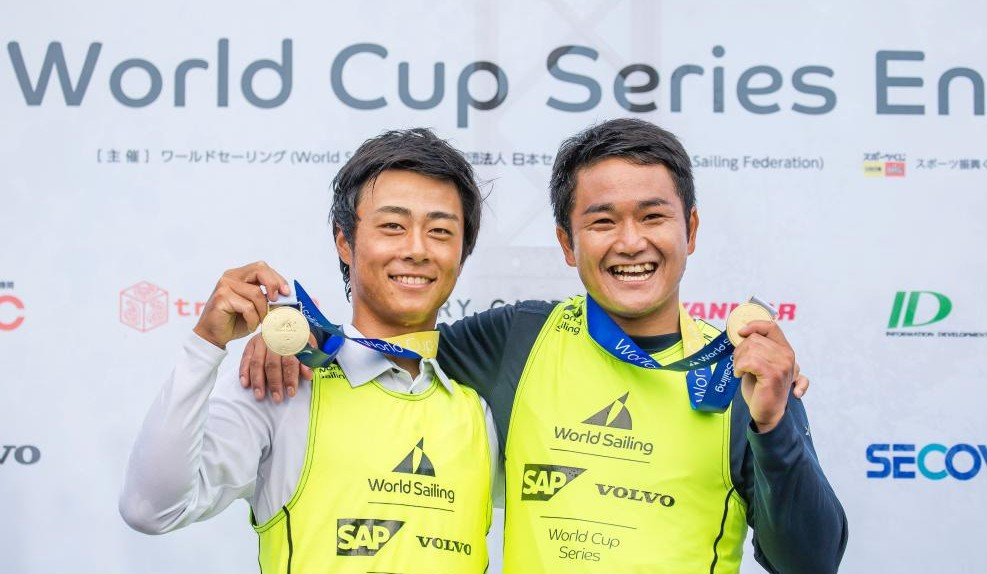 Japan's Keiju Okada and Jumpei Hokazono were among the athletes to claim gold as weather prevented medal races from taking place in all but two fleets at the Sailing World Cup and Tokyo 2020 test event in Enoshima.

Action only took place in the laser and laser radial events owing to a lack of winds around the Olympic venue.

Okada and Hokazono held an eight-point lead over the rest of the men's 470 fleet and were confirmed as winners after the medal race was cancelled.

Mat Belcher and Will Ryan of Australia earned silver and Japan's Daichi Takayama and Kimihiko Imamura completed the podium to ensure further success for the host nation.

"We have at least four in the top ten and then we have one or two more, it's our key class and I am very happy that the boys are doing well," said Japan's team leader Aiko Saito.

"For me, it doesn’t matter who wins, just as long as we are winning."

Our World Cup Series event in Enoshima, Japan 🇯🇵 draws to a close ✅

Afrodite Kyranakou and Anneloes van Veen of The Netherlands were the beneficiaries of the cancellation of the women's 470 medal race as they clinched the gold medal ahead of reigning world champions Ai Kondo Yoshida and Miho Yoshioka of Japan.

Italy's Benedetta di Salle and Alessandra Dubbini did enough for the bronze medal.

Dutch sailor Marit Bouwmeester won one of two medal races to be held as planned, taking victory in the laser radial to secure her qualification for Tokyo 2020.

Josefin Olsson of Sweden was second and Emma Plasschaert of Belgium was confirmed as silver and bronze medallists respectively.