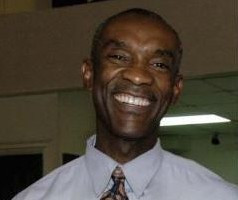 Jamaica's influence in bobsleigh is about to increase following the selection of Dudley Stokes Jr, pilot for the historic 1988 Winter Olympics team in Calgary which inspired the hit Hollywood movie Cool Runnings, as a part of the International Bobsleigh Skeleton Federation Development Committee.

Stokes, a four-time Olympian, was selected earlier this month for the post and will now be in a position to influence the official decision making of the IBSF in terms of the development of the sport.

Jamaica is the smallest nation to have a seat at one of these influential groups.

President of the Jamaica Bobsleigh and Skeleton Federation Chris Stokes, Dudley's brother, claimed the appointment is recognition of the invaluable contributions Jamaica has made to the sport.

"With all the countries participating in the sport of bobsleigh, he was chosen to serve on the Development Committee," Chris told The Sunday Gleaner.

Chris Stokes added: "It speaks to the high regard the bobsleigh community has for him and Jamaica.

"We are credited with proliferating the popularity of bobsleigh, and we want to see more teams [nations] involved in bobsleigh," he added.

Dudley, regarded by many as one of the best pilots the sport has ever seen, was away from the sport for more than 18 years, but according to Chris, his influence is still far and wide, and this is one of the reasons he was selected for the post.

"He is very positive," Chris said.

“The truth is, before this year, he has been away from the sport for about 18 years.

"He is one of the most successful bobsleigh drivers in the world, and he has been welcomed back with open arms."