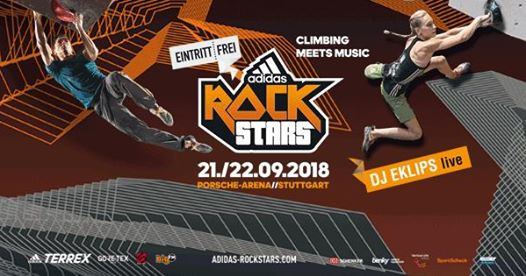 Iran’s Gholaamali Baratzadeh, celebrating his 33rd birthday, and and the overall Bouldering World Cup champion of 2018, Jernej Kruder of Slovenia, flashed all four routes in the men’s qualifying round of the adidas Rockstars event in Stuttgart.

Baratzadeh and Kruder top the 20 who will move forward to tomorrow morning’s semi-finals of this annual invitational event for the world’s best bouldering climbers which is being staged - amid sound and lights - at the Porsche-Arena,

Joining them will be the 22-year-old South Korean who has twice won this title, Chong Jonwon, who finished fourth best qualifier behind Ukraine’s Sergii Topishko.

Also through is the 19-year-old Japanese climber who beat him to gold in this month’s bouldering event at the World Championships, Kai Harada, the sixth best qualifier.

The women’s qualification was topped by Serbia’s 20-year-old Staša Gejo, from Germany’s Alma Bestvater and Kyra Condie of the United States.