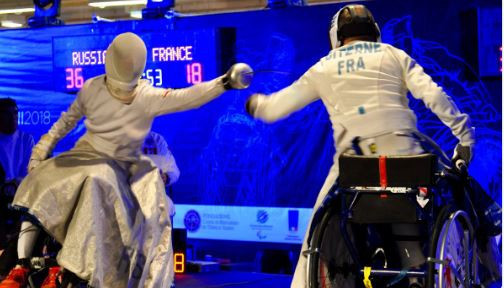 Russia topped the table with eight golds, three silvers and nine bronzes, collecting the last of those golds in the men’s epee team event at the PalaDeSantis.

Russia’s final success began with a 45-33 victory over Great Britain, followed by a 45.24 win over Italy in the semi-final.

Ukraine’s sabre team win came at the expense of the hosts, whom they beat 45-28 in the final, having defeated Hungary 45-39 in their semi-final.

Italy's women had reached the final with a 45-37 win over Georgia, who were beaten 45-39 by Hungary for bronze.