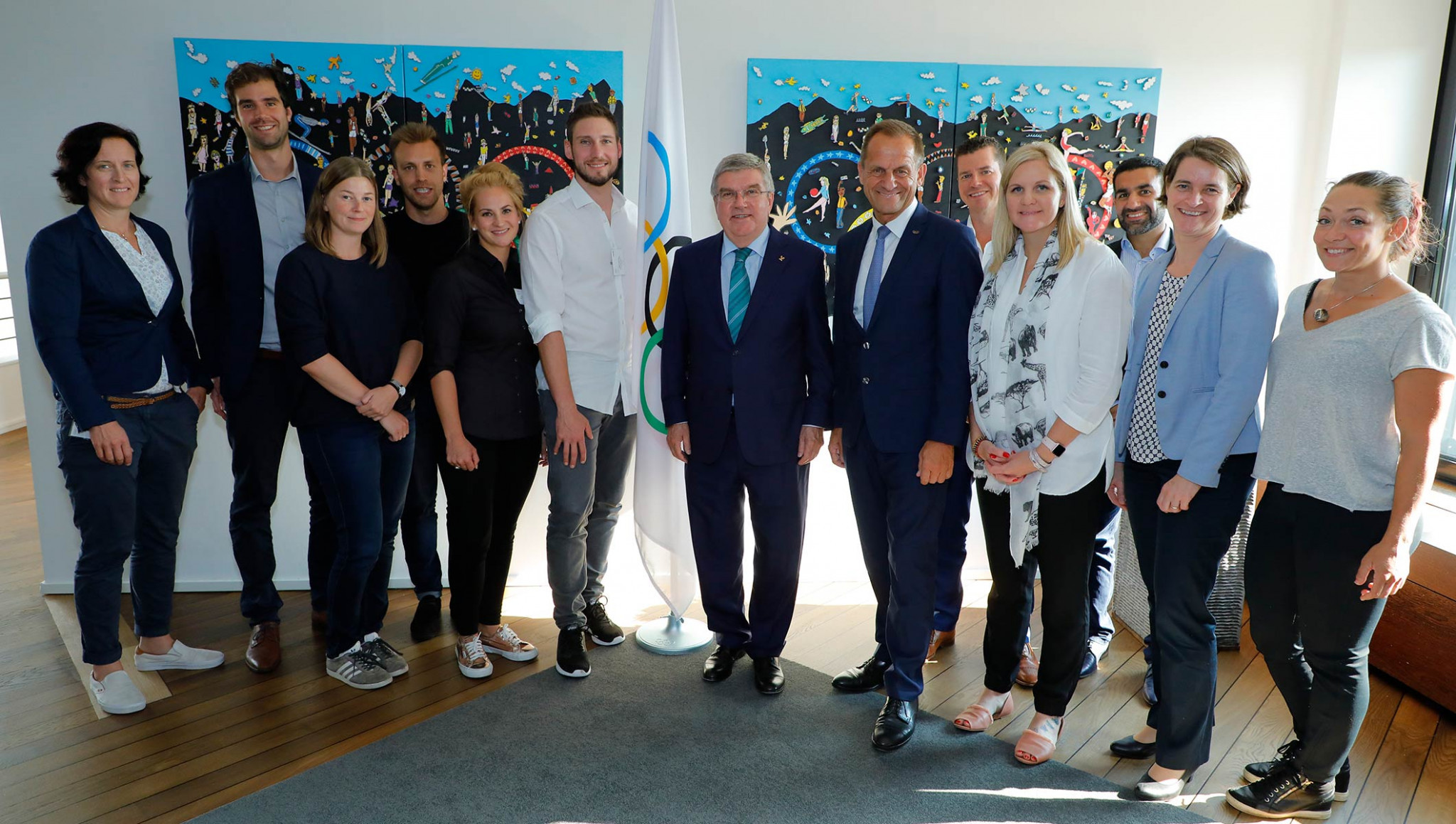 A group of German competitors claim they will continue to work towards ensuring future athletes benefit more after a meeting with International Olympic Committee (IOC) officials to discuss the way revenues are distributed.

The invitation came after an open letter written by the German Olympic Sports Confederation (DOSB) Athletes' Commission, chaired by fencer Max Hartung, was published in May.

Addressed to Bach, the letter called on the IOC to revolutionise their funding model by granting 25 per cent of revenues directly to athletes and a further 10 per cent to the World Anti-Doping Agency (WADA).

The letter also called for reform of rule 40, which they believed would help divert more money to athletes.

Hartung was among the attendees at the meeting in Lausanne, along with DOSB Athletes’ Commission vice-chair and kayaker Silke Kassner.

"We already had the feeling that we had been taken very seriously," Kassner told sport.de following the meeting.

"They have given us their solidarity principle, which we have never fundamentally questioned, in detail.

"It is clear to us that we will not change this decade-old model from one day to the next, but we will continue to work towards the future of athletes benefit more.”

No progress was made towards the athletes’ goal of achieving 25 per cent of revenues at the meeting.

"That could have been a bone of contention,” Hartung, the reigning European men’s sabre fencing champion, said.

"We want to take the impressions and information with us and coordinate with the numerous athletes and athletes organisations that have shown worldwide interest in this visit.”

The IOC defended their solidarity model in a press release, which they claimed had been discussed at length during the meeting.

"This was a valuable meeting, and everyone agreed on the fundamental need to support athletes,” Coventry said.

"In my position of chair of the IOC Athletes Commission it is important for me to continue to have these constructive discussions and hear the views of athletes globally.

"There will always be differing opinions on the best way to support athletes, depending on the needs of that country.

"Funding should continue to go to the athletes in the most effective manner possible.

"A finance structure should ensure fairness and universality, particularly to help the majority of athletes from smaller and less well funded National Olympic Committees.

"This is why the IOC uses Olympic Solidarity to distribute funds in a fair manner to athletes, whatever part of the world they are from and whatever the sport they practice.”

The IOC stated that they generate and distribute 90 per cent of its revenue to support the staging of the Olympic Games.

This goes to Organising Committees, National Olympic Committees and International Federations sports development; promotion of the Olympic Movement, engagement with young people, and the protection of clean athletes.

The IOC claimed the “values based model” ensures universal participation at the Olympic Games is possible, boosting equality for participating athletes and their sports.

The IOC statement also claimed they informed the athletes that support comes in different forms in NOCs, while they stressed that the organisation covers half of the WADA budget and supports IFs to develop their sports.

A further claim that it was up to each NOC and IF, in consultation with their Athlete cCmmissions, to decide how best to support the athletes.

The IOC said the German athlete representatives did not attend a meeting at the Pyeongchang 2018 Winter Olympics, where competitors from other countries were present.

It was also claimed that Olympic athletes were in a “unique position” to elect their own representatives and have an elected representative of the IOC Executive Board.