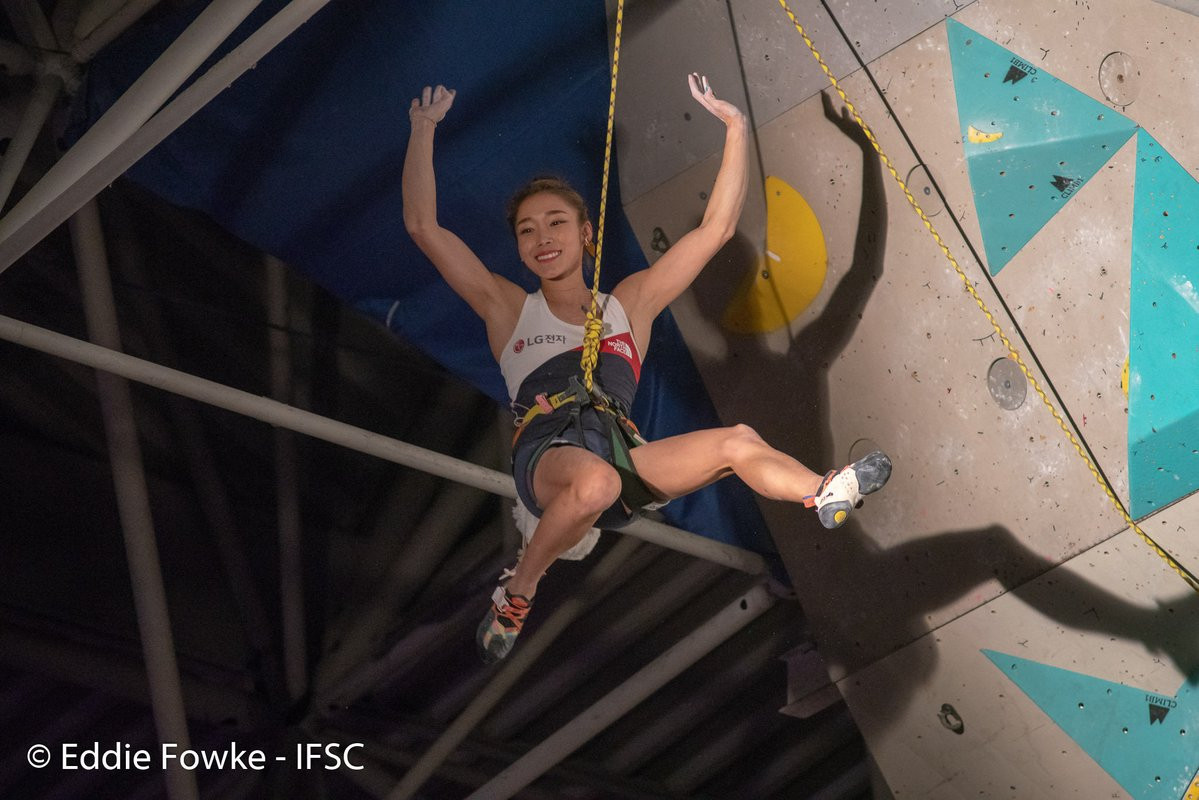 The 30-year-old Kim, who had topped qualifying for the semi-final with her neat and methodical style, carried on in similar vein to win her first International Federation of Sport Climbing World Cup title since Arco 2017 - and her third victory in this Slovenian venue.

Defending Lead World Cup champion Janja Garnbret maintained the momentum of her challenge as she finished second on countback from Hannah Schubert of Austria on home soil.

Schubert's compatriot Pilz, winner of the lead world title in Innsbruck earlier this month ahead of Garnbret, finished just off the podium after losing points on an early fall.

A similar lapse by Schubert, the lead and combined world champion, as he neared the top dropped him to second in the final standings behind Ghisolfi.

Bronze went to Masahiro Higuchi of Japan in what was his first World Cup final appearance this year.

Ghisolfi’s team-mate Marcello Bombardi was fourth, one place ahead of Canada’s Sean McColl.