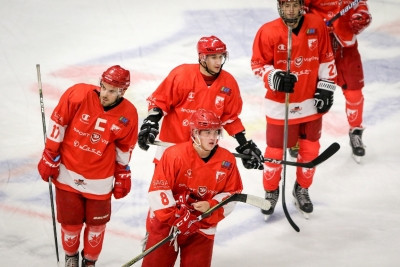 Russian ice hockey player Ion-Gerogi Kostev has been banned from the sport for two years after testing positive for a prohibited substance, the International Ice Hockey Federation (IIHF) have announced.

The 28-year-old defenceman tested positive for banned stimulant 4-methylhexan-2-amin after a playoff game for the Serbian club Crvena Zvezda Belgrade, who compete in the International Hockey League and the Serbian Hockey League.

Kostev claimed the substance must have come from a “pre-workout drink” that he bought at a gym.

In a questionnaire for the IIHF Disciplinary Board, Kostev admitted he had not checked the ingredients of the drink or asked any staff members at the gym about them, before consuming the product.

According to the IIHF, it later emerged the drink had contained DMAA (1,3 dimethylamylamine) which is a synonym for the prohibited substance methylhexaneamine.

A provisional suspension against Kostev was brought in on May 18, which will now due to last until May 17 in 2020.

The IIHF claimed Kostev should have made more effort to ensure he did not ingest a banned substance.

"The player should have established that he took clear and obvious precautions which any person would take," they said.

"His statements show that he obviously bought and consumed an unknown product without hesitation and without any precautions."

During the ban, Kostev will be unable to play in all competitions either authorised or organised by the IIHF.

During the 2014 Winter Olympics in Sochi, three athletes tested positive for the drug.

Among those who were stripped of their medals was Usain Bolt.