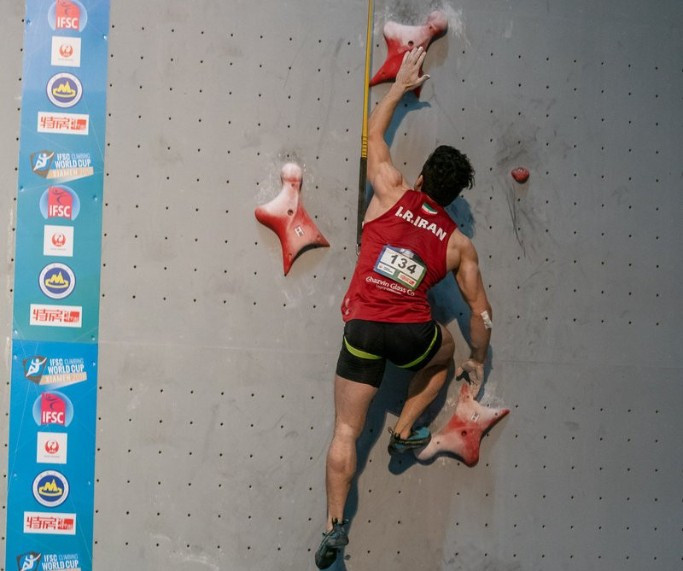 The final World Cup of the season will see the men's speed title claimed, with Ukraine's Danyil Boldyrev the current leader.

He is attempting to hold off competition from Iran's Reza Alipourshenzandifar Mawem and the Russian duo Dmitrii Timofeev and Aleksandr Shilov.

Mawem sought to increase the pressure on Boldyrev, as the Frenchman achieved a time of 5.700 seconds to finish top of qualifying.

Indonesia's Aspar Jaelolo was second, while Alipourshenzandifar showed his form by ending in third place.

Boldyrev ended qualifying in sixth place, which could give him a challenging path to victory tomorrow.

Anouck Jaubert has already clinched the women's speed title and the French athlete was among the top qualifiers today.

Speed qualifications have wrapped up at #IFSCwc Xiamen, with quick times from some Overall contenders. Check the results below, and tune-in for the LIVE streaming of Speed finals tomorrow at 9:45 (GMT+8 - local) at https://t.co/BtXe1BgYNR! pic.twitter.com/sHL2Oy6Gs6

Slovenia's Janja Garnbret, who has already sealed the series lead title, was one of three climbers to achieve two tops in qualification today.

Austria's Jakob Schubert, who leads the men's overall series, was one of seven climbers to achieve two tops today in qualifying.

The World Cup will conclude tomorrow.