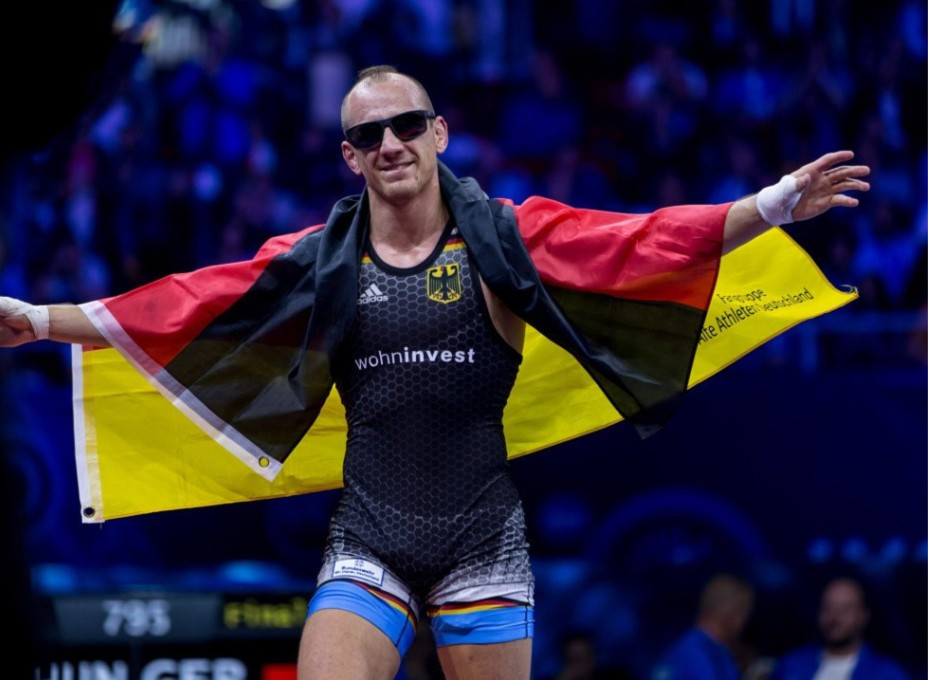 Germany's Frank Staebler appeared on national television back in his home country today after winning his third world wrestling title last night, in the 72 kilograms Greco-Roman division at the United World Wrestling World Championships in Budapest.

The 29-year-old, who had previously won gold in 2017 and 2015 before beating Hungary’s Balint Korpasi yesterday, was invited onto the show Sport Studio by German broadcaster Zweites Deutsches Fernsehen, which is based in Mainz.

Tomorrow he is then due to appear on another regional channel in Germany, SWR Fernsehen, which operates in the German states of Baden-Wurttemberg and Rhineland-Palatinate.

Media interest in Staebler is high in Germany at the moment, after the wrestler picked up his third world title in succession.

He has not lost in a World Championships since 2013, also in Budapest, when he still won bronze.

Afterwards he celebrated by draping himself in the German flag and putting on sunglasses.