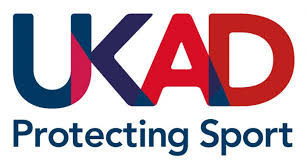 Daniel Matthews has become the third rugby union player to incur a doping suspension from UK Anti-Doping (UKAD) in the space of the last fortnight as the sport continues to be an area of prime concern.

According to UKAD figures, there are 38 rugby players currently serving doping bans, 25 of whom are from rugby union and 13 from rugby league.

Matthews, of Bargoed RFC, has been suspended from all sport for a period of two years after testing positive for the prohibited substance benzoylecgonine - a metabolite of cocaine - following an in-competition test on March 24 after a match against Cross Keys RFC.

“Regardless of whether an athlete is deliberately seeking to gain an unfair sporting advantage or not, all athletes must take sole responsibility for what enters their system," said UKAD director of operations Pat Myhill.

“It is important all athletes understand the concept of strict liability and, even if a substance is only banned in-competition, they must be aware that ingesting such substances out-of-competition could still lead to a ban as it may remain in their system.”

The latest sanction comes after the October 22 announcement that Daniel Wells, then of Clifton RFC, had been suspended from all sport for four years following an anti-doping rule violation.

Wells tested positive for the presence of the prohibited substances ostarine and 4-methylhexan-2-amine following an in-competition test on April 14 after a match between Clifton RFC and London Irish Wild Geese.

A spate of positives in rugby union three years ago, many of which involved supplements that were incorrectly labelled, prompted particular fears for the sport.

The ongoing statistics on suspensions in rugby union offer evidence of some improvement.

In 2015, a total of 15 rugby union players incurred doping bans, of whom eight are still serving them.

In 2016 there were three bans, of which two are still being served.

The following year there were eight bans, all of which are still being served.

This year one ban has been served, and four more remain – including the most recent trio.