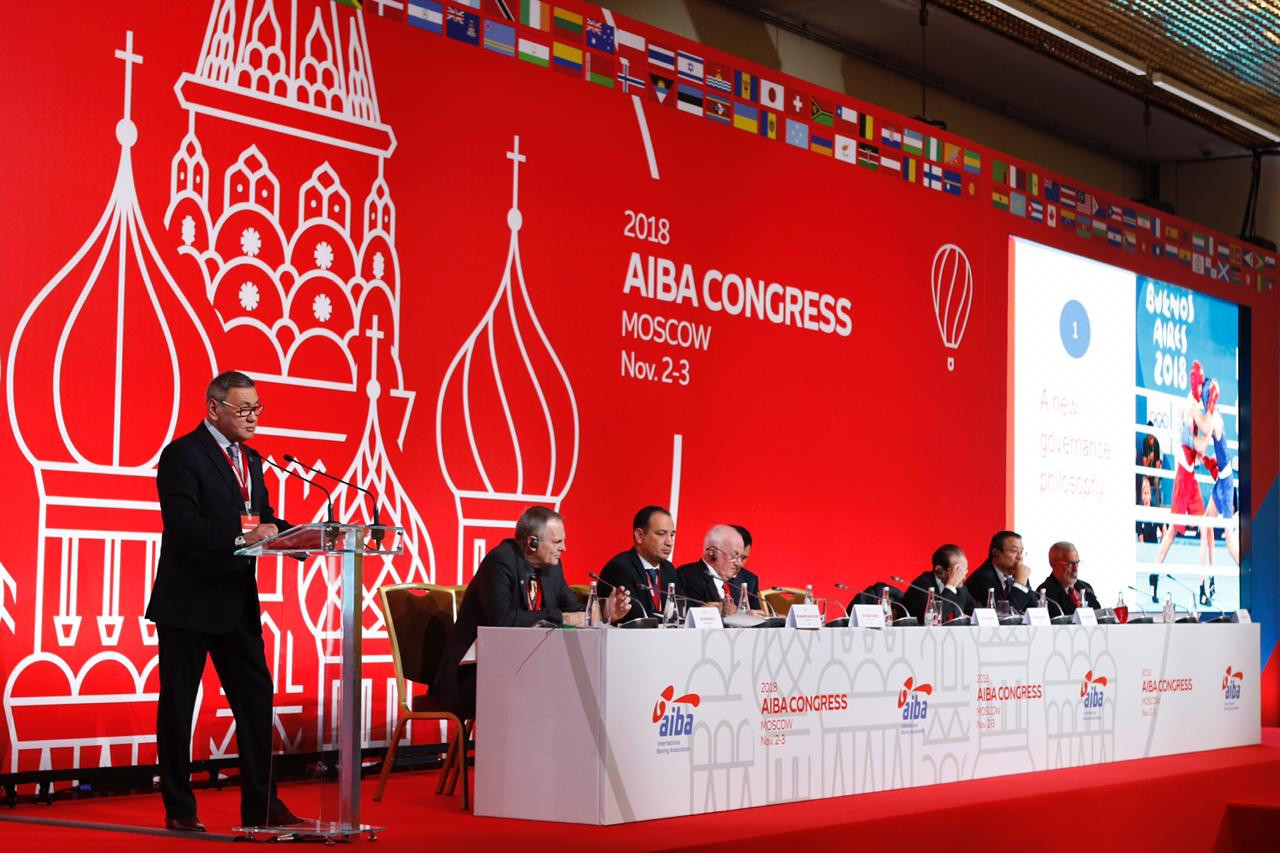 International Boxing Association (AIBA) Interim President Gafur Rakhimov has claimed that the world governing body was close to bankruptcy when he took over 10 months ago.

"AIBA is no longer operated by one single individual," Rakhimov said in his speech.

"We have control mechanisms in place to balance power so that boxing will never experience the bad behaviour of the past."

Rakhimov claimed that he inherited $40 million (£30 million/€35 million) worth of debt when he assumed the role.

"Previously loans and credits were taken from various companies without proper due diligence," he said.

"Because of these irresponsible actions and financial mismanagement, AIBA was on the brink of bankruptcy."

"As a Federation, we were against the ropes," Rakhimov, who remains favourite to be elected permanent President of AIBA when the election takes place on the second day of the Congress, despite being described as "one of Uzbekistan's leading criminals", said.

"I have been working day and night to earn the trust of our creditors and negotiate the best solution from AIBA.

"This not has been an easy task."

Rakhimov added: "However, I am happy to report that we have now managed to successfully restructure this $40 million debt against AIBA.

"Through a series of meetings and negotiations, I was able to get most of the credit against AIBA waived.

"For the remaining debts we have been able to transform these into sponsorship deals, none of which involves cash paybacks."

Among the creditors that Rakhimov has agreed deals with was with Chinese company First Contract International Trade (FICT) in Hong Kong demanding it pay back an CHF18.99 million (£14.60 million/$18.99 million/€16.60 million) investment which it put into AIBA's marketing arm, BMA.

FCIT chairman Di Wu had accused AIBA of "mismanagement" and "greatly infringing on my rights" but today appeared on the top table with Rakhimov to sign a new deal which will see them work on a number of projects with the International Federation.

"To avoid long lengthy court case and avoid significant judgement against AIBA we thought it was best to negotiate a continuation of the original contract and see if we could find way to move forward in a partnership," Tom Virgets, the executive director of AIBA, told insidethegames.

"There remain unresolved issues but have period of time to meet those conditions."

A similar deal has also been signed with Baku-based Benkons MMC conglomerate.

They claimed they were owed $10 million (£8 million/€9 million) for helping bankroll a World Series of Boxing franchise in the United States.

A study undertaken by PricewaterhouseCoopers in 2016 could not account for a almost half of that money, which C K Wu blamed former executive Ho Kim for.

They have now agreed to write off the money in return for marketing and sponsorship rights.