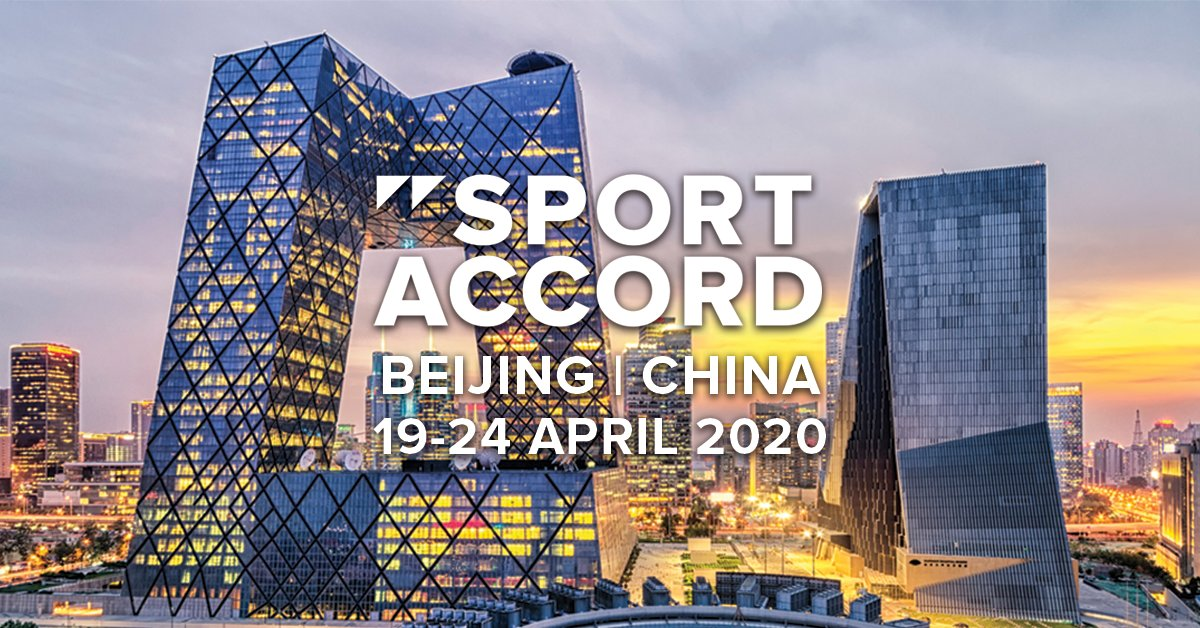 China's capital city Beijing has been announced as the host of the 2020 SportAccord World Sport and Business Summit.

Beijing, which is set to host the 2022 Winter Olympics, was confirmed as the location at SportAccord's International Federation's (IF) Forum here today.

It will follow next year's edition which is being held in the Australian city Gold Coast.

Beijing will host SportAccord for the second time, having previously done so in 2007, a year before the Summer Olympic Games in the city.

“Coming back to Beijing after a period of 12 years is a very exciting prospect for SportAccord and the international sports federations," said Francesco Ricci Bitti, SportAccord Executive Committee member.

"The global sports landscape has experienced extraordinary change since 2007.

"Technologies and social media have helped to transform the business of sport and it has never been easier to reach billions of fans – in seconds.

“Consumer interest for sport in China continues to grow rapidly.

"Needless to say, the commercial opportunities in every channel are vast – for stakeholders, fan engagement, media and much more.

"Hosting SportAccord 2020 in Beijing could not come at a better time.”

Considered as one of the key dates in the sports business calendar, the Summit brings together event organisers, governing bodies and other influential figures in sporting politics.

The 2020 summit will be the 18th edition of SportAccord.

With China set to host the 2019 FIBA Basketball World Cup and the Beijing 2022 Winter Olympic and Paralympic Games, organisers claim it is the "perfect host" for the summit.

“Hosting the 2020 SportAccord Convention will promote the sports development in Beijing and China at large, further Beijing’s exchanges and cooperation with the international sports community, boost the preparations for the 2022 Winter Olympics and Paralympics, and contribute to the development of world sports," said Chen Jining, Mayor of Beijing and Beijing 2022 President.

“SportAccord shows its trust for my city by hosting 2020 SportAccord Convention in Beijing.

"We will fully explore the strengths of the city and deepen cooperation with the SportAccord and International Sports Federations to ensure the Convention is a fruitful event.”