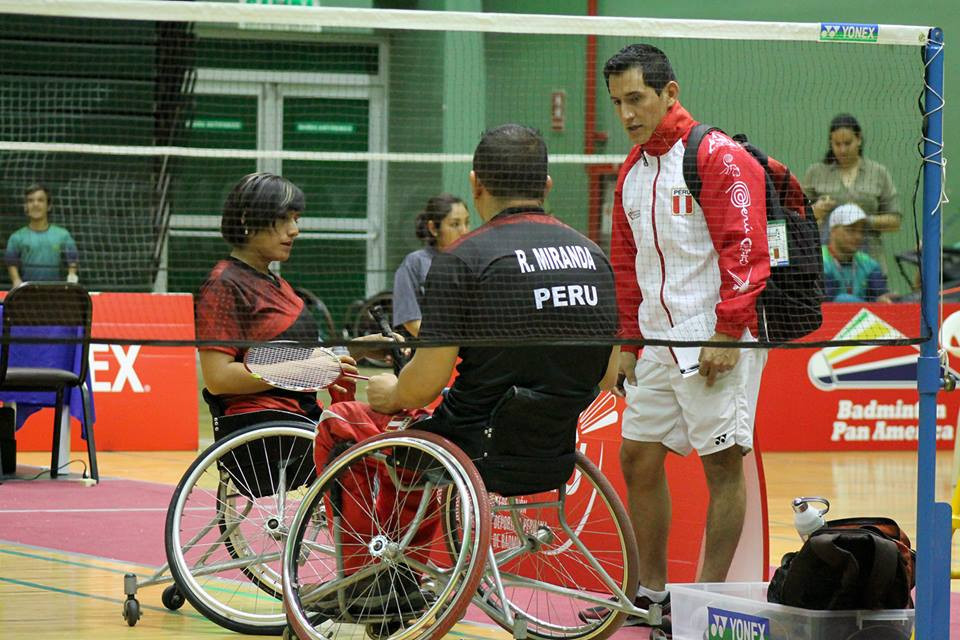 Three Peruvian top seeds, Pedro Pablo De Vinatea, Giuliana Poveda and Pilar Jaurequi Cancino, have all made it into their respective finals at the Pan American Para Badminton Championships on home soil in Lima.

De Vinatea, who is considered the pioneer of Para-badminton in Peru, reached the final in the men's singles SL3 division by beating Brazil's Renan Augusto Rosso in the semis.

In the final tomorrow he will now face the second seed, another Brazilian, Leonardo Zuffo, who beat Canada's Willian Roussy in his last four tie 21-12, 21-10.

In the women's singles SS6 class, Poveda will battle it out against the second seed from the United States in her final, after beating another US player Jayci Simon in her semi 21-6, 21-8.

The US player she will face in the final is Katherine Valli, who beat another Peruvian Rubi Fernandez Vargas to make it into the gold medal match, 21-11, 22-20.

In the women's WH2 wheelchair singles, the hosts are guaranteed the gold because the top seed Cancino will face her compatriot Yuka Chokyu in the final.

Cancino made it through with a win over Brazil's Daniele Souza, 21-14, 21-14, while Chokyu surpassed another Brazilian in Auricella Evangelista Freitas 21-10, 21-18.

The finals will all take place tomorrow when the competition comes to an end.

Badminton will make its Paralympic debut at Tokyo 2020, with Lima due to host next year's Parapan American Games.