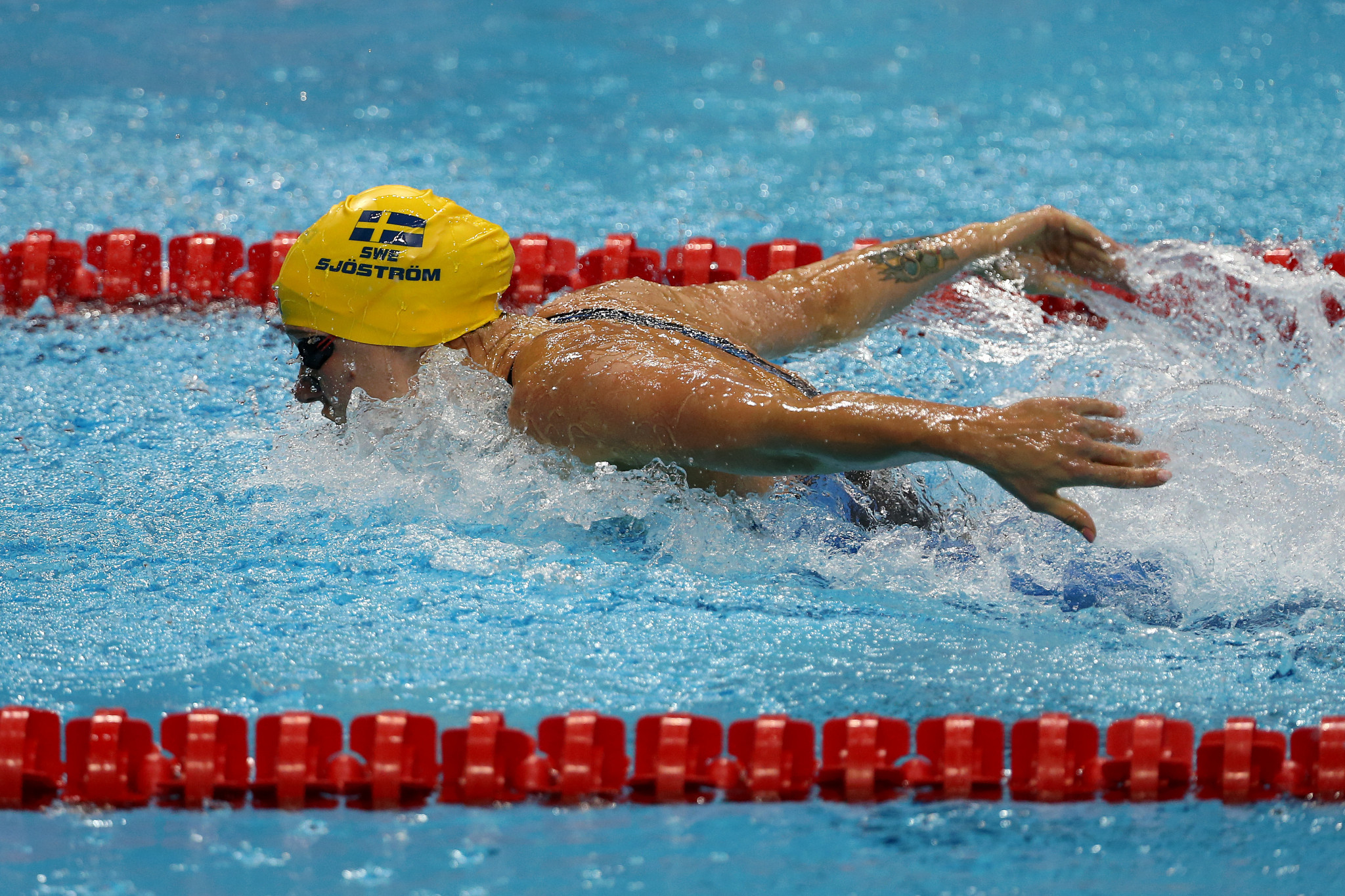 Morozov - who yesterday set the second fastest time in history in the men's 100 metres freestyle - claimed the men's title with a win in the 50m butterfly in Singapore today, while Sjöström won both the 100m butterfly and 100m freestyle to claim the women's crown.

She finished in 55.73sec in front of Tayla Lovemore from South Africa and China's Xintong Lin.

The South African and Chinese swimmers touched the wall in 56.95 and 58.29 respectively.

Sjöström's second win then came in the 100m freestyle, where she won with a time of 51.13, 0.16 quicker than Femke Heemskerk from The Netherlands in second.

Third in that race was claimed by another Dutchwoman, Ranomi Kromowidjojo, who finished in 51.56.

In the men's races Russia's Morozov picked up his win in the 50m butterfly final, touching the wall in 22.17.

Michael Andrew from the United States came the closest to the Russian, finishing second in 22.32, while home favourite Joseph Schooling came third in 22.40.