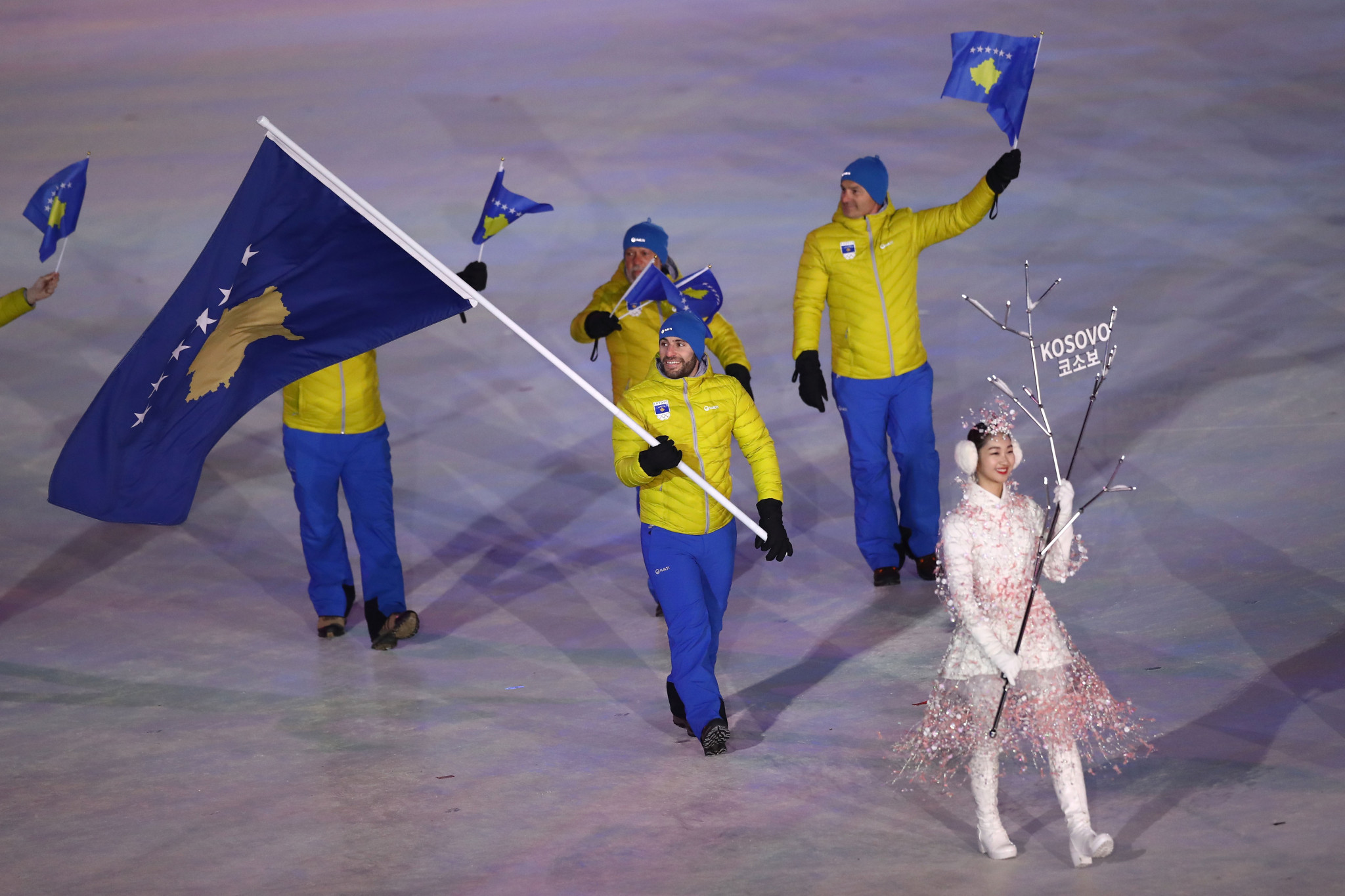 The International Olympic Committee (IOC) has written to all International Federations to "reiterate its position" on political discrimination against countries at sporting events.

It follows high-profile controversies regarding Kosovo who faced stumbling blocks at both the World Karate Championships earlier this month and the ongoing Women's Boxing World Championships.

Kosovo were unable to attend the latter event at all because their sole fighter Donjeta Sadiku was refused a visa to compete in New Delhi by Indian authorities.

The Kosovan Olympic Committee (KOC) has now written a letter on the matter to the International Boxing Association (AIBA), seen by insidethegames, in which they have demanded that the whole Championships now be declared "invalid".

At the World Karate Championships in Spanish capital Madrid, Kosovo were prevented from competing under their own flag.

Neither India or Spain recognise Kosovo, which declared independence from Serbia in 2008.

Spain's Government, however, later promised to allow athletes from Kosovo to compete without discrimination after IOC deputy director general Pere Miró told insidethegames they would warn governing bodies against hosting events there.

Israel has also been the subject of similar obstacles, with their athletes barred from events in mainly Islamic countries with which they have no relations.

This was most prominent at the International Judo Federation's (IJF) Abu Dhabi Grand Slam last year, when the Israeli national anthem and flag were banned amid a gold medal for their athlete Tal Flicker.

The IJF suspended the event along with the Tunis Grand Prix but this year's competition in the UAE city was restored after assurances were received and Israel competed on equal terms.

"The IOC has today again underlined that, before allocating any international sports events to a country, all international sports organisations concerned must make sure that all the necessary written guarantees are obtained from the local authorities/organisers," the IOC said in their statement today.

"This is to ensure equal treatment for the participating athletes and sporting delegations, in accordance with the basic principles of autonomy and non-discrimination which govern the Olympic Movement.

The IOC said that when a country is not recognised by the host nation, "specific practical measures" should be taken by local organisers to ensure participation.

"This is without prejudice to the political position of the host country vis-à-vis the country/territory in question, which is a separate matter over which the Olympic Movement has no competence or authority," they added.

The KOC copied in the IOC to their letter to AIBA, who threatened to withdraw the 2021 Men's World Championships from India after Kosovo's rejection this year and described themselves as "extremely disappointed".

Sadiku, who fights in the lightweight division, was also unable to compete at the Women's Youth World Championships in India in November 2017.

She attempted to travel to New Delhi this year using an Albanian passport but was still rejected.

As well as asking AIBA to declare the Championships invalid, the KOC have asked for Sadiku to be declared "world honorary champion" for both events in India she missed.

They said she should be described as a "symbol of justice" and that her "dream had been destroyed".

"If really AIBA President and EB filled 'extremely disappointing' it's time to show this by declaring this India Women WC 2018 invalid," the letter said.

AIBA acknowledged that they had received the letter when asked by insidethegames.

Executive director Tom Virgets said: "We are deeply concerned by the India Government's refusal to grant Ms. Dnjeta Sadiku a visa to compete in the 2019 Women's World Championships.

"The AIBA Executive Committee will meet in January of 2019, and at this meeting they will decide whether or not to reopen the bids for the 2021 Men’s world Championships which were granted to India.

"The AIBA Executive Committee will meet in January of 2019, and at this meeting they will decide whether or not to reopen the bids for the 2021 Men's World Championships which were granted to India."