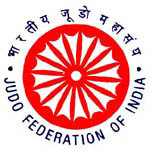 India completely dominated their home Commonwealth Judo Championships in Jaipur, winning 15 out of the 16 titles available.

The country won all eight of the women's classes and only missed out in one of the men's categories at an extremely one-sided tournament.

In men's action, Sachin Singh won at under-55 kilograms with Vijay Yadav taking gold at under-60kg.

Nilesh Balhara was the champion at under-66kg as Narender won at under-73kg and Harshdeep took the honours at under-81kg.

Jamaica's Thomas Davis was the only non-Indian winner of the event, taking top honours in the heavyweight over-100kg division.

In women's action, Taivitha Tariyal was part of India's clean sweep by winning at under-44kg.

Sushila Devi came through at under-48kg, Kalpana Devi won at under-52kg and Anita Chanu was the winner at under-57kg.

The heavyweight title at over-78kg went to Tulika Maan.

The event was hit by controversy before it began, as delays receiving visas meant the Pakistan team could not compete.