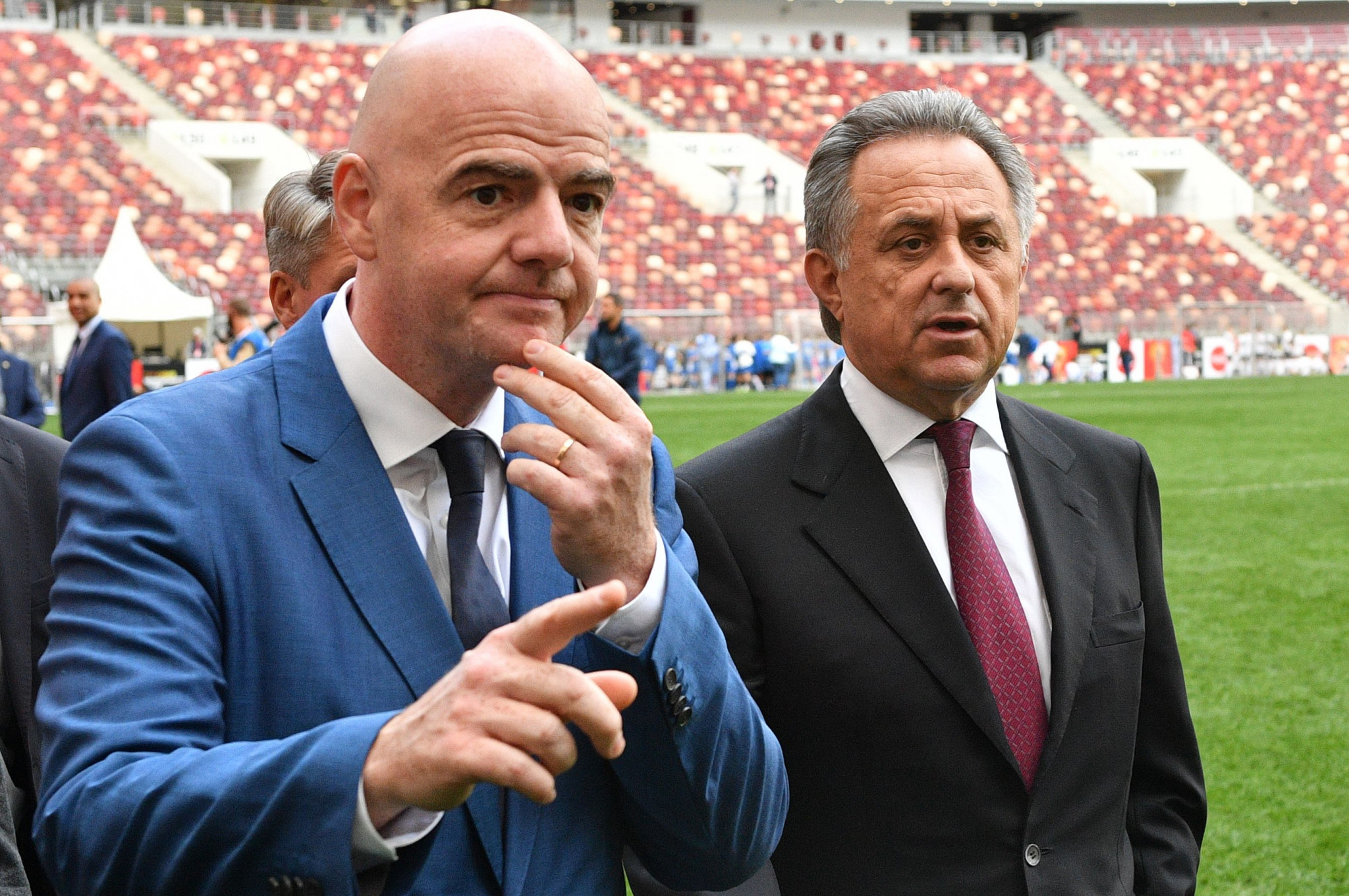 Vitaly Mutko has taken part in a meeting to back Gianni Infantino’s campaign to be re-elected as President of FIFA in what appears to confirm his return to the position of the head of the Russian Football Union (RFU).

Mutko temporarily stepped down last December to fight his lifetime ban from the Olympic Games.

FIFA welcomed that decision prior to Russia hosting this year's World Cup.

But Mutko's appearance at the meeting would suggest his return to the RFU hot-seat has been rubber-stamped.

RFU vice-president Sergei Anokhin said in June that Mutko, now a Deputy Prime Minister in Russia, will still continue in his role, despite rumours that he was set to stand down after he told an RFU conference that delegates may not see him for "three or four months".

As of last month, the 59-year-old was showing under the RFU website's management section as President of the national governing body.

Mutko, a long-term ally of Russia's President Vladimir Putin from their shared past in Saint Petersburg city politics, has been heavily criticised both inside and outside of Russia for his performance as Sports Minister from 2008 to 2016.

This has included him being removed from the FIFA Council and being given a lifetime ban by the International Olympic Committee (IOC) from all Olympic events.

He also stepped down from his role as head of the Organising Committee for the 2018 World Cup in a bid to fight his IOC ban, and was replaced by Arkady Dvorkovich.

Mutko was the Deputy Prime Minister responsible for sport until May of this year, when his portfolio was changed to construction.

Neither the IOC nor the World Anti-Doping Agency-commissioned investigations proved that Mutko was directly involved in the doping scandal - which included a sample tampering scheme at the 2014 Winter Olympic and Paralympic Games in Sochi - but, as Sports Minister, they accused him of overall responsibility.

Mutko has also been ridiculed for many public statements, including a claim that female Russian ice hockey players could have obtained male DNA within their urine samples via sexual intercourse.

He also embarked on a 77-minute rant attacking international criticism of Russia during a press conference to publicise the World Cup.

Russia's official state news agency TASS reports that the RFU has expressed its support for Infantino's candidacy in the FIFA Presidential election, which is scheduled to take place on June 5, 2019 during the world football governing body's Congress in Paris.