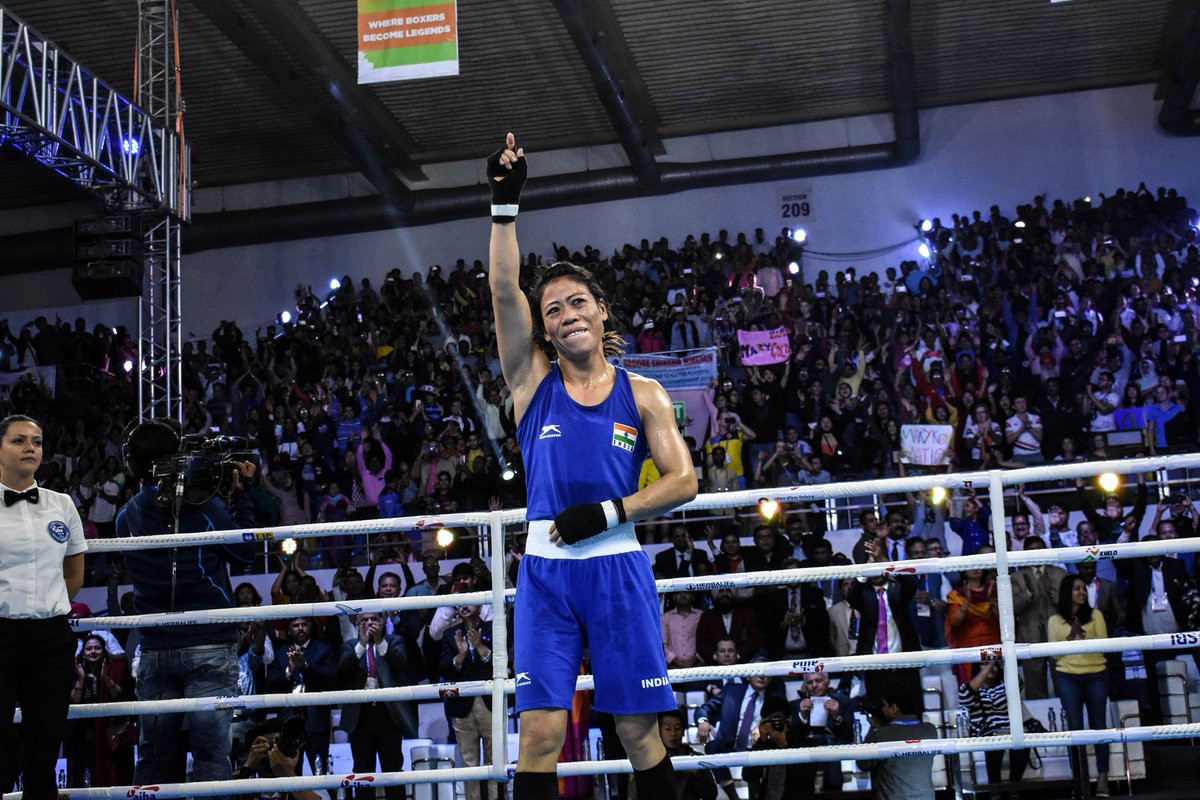 Kom beat Hanna Okhota of Ukraine in an unanimous 5-0 decision in what was the first final of the competition at the KD Jadhav Indoor Hall.

"I want to thank the fans who turned up today to cheer me and the Indian contingent," Kom said.

"They have been supporting me many years."

China's third gold came through Lina Wang, a 5-0 winner over Jessica Sinisterra of Colombia in the light heavyweight final.

Xiaoli Yang gave her country its fourth gold of the day when she triumphed in the women's heavyweight final, overcoming Sennur Demir 5-0.

Lin Yu-Ting got Chinese Taipei's second gold of the day when she won 4-1 against Bulgaria's Stoyka Petrova at bantamweight.

Today's action was the culmination of 10 days of competition in the Indian capital, with 267 bouts held in total.

Kom was named the best boxer of the tournament, with China winning the accolade of best team.