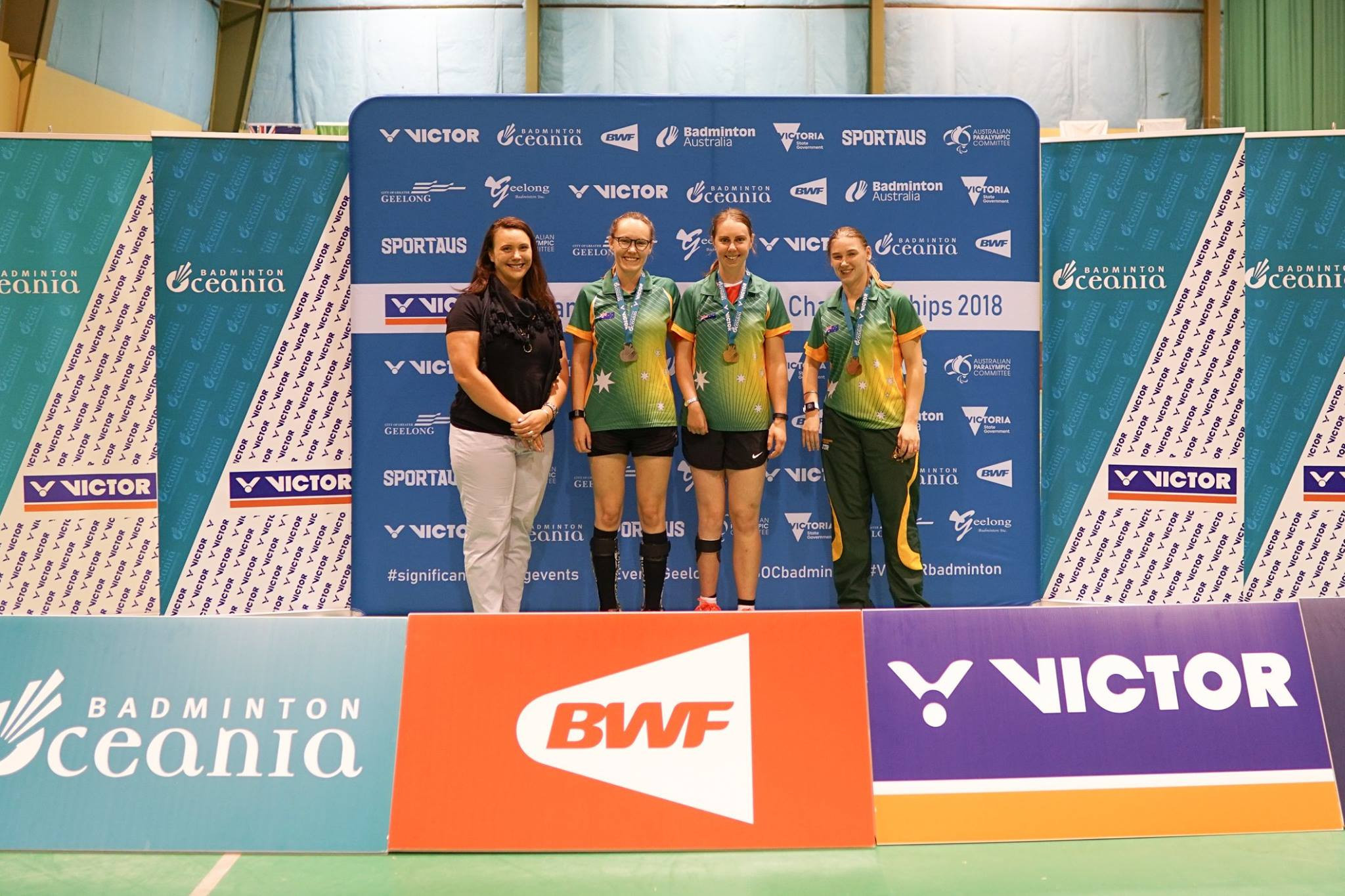 Hosts Australia secured five of the seven gold medals up for grabs on the final day of the Oceania Para-Badminton Championships in Geelong and were also represented on the victorious mixed doubles SL3 to SU5 pairing by Caitlin Dransfield.

Dransfield partnered New Zealand's Corrie Keith Robinson to success with the duo winning all their matches in two games at the Leisuretime Centre.

They beat Australia's Adam Torey-Toth and Zashka Gunson 21-5, 21-5 today to seal their triumph.

Australia's Phonexay Kinnavong and Anu Francis were the silver medallists, while compatriots Hayden Bognar and Celine Vinot were the bronze medallists.

Dransfield and Robinson both went on to dominate their respective singles SL3 and SL4 categories in a similar fashion.

"It's been a great couple of days for me and I'm stoked to go home with two gold medals," Dransfield said.

"Corrie and I have played as a pair for a while now and we work really well together."

Robinson added: "It's a nice feeling to be flying home with medals in my hand and a great way to end the year.

"It's been a successful week for me and I look forward to competing in more tournaments throughout 2019."

Dransfield was joined on the women's singles podium by runner-up Francis and third-place finisher Vinot.

In the singles SS6 classification, home favourite Luke Missen came out on top after winning all his matches in two games.

Davis and Manzoney went onto join forces in the men's doubles WH 1-2 competition and secured the gold medal with a 21-13, 21-14 win over silver medalists Engles and Pradeep Hewavitharana of Australia.

Trench-Thiedeman and fellow Australian Douglas Youlten were the bronze medallists.

The event was one of the last Para-badminton tournaments of the year in the region.

Attention will soon be turning to the Tokyo 2020 Paralympic Games qualifying period.

That is due to begin early next year.