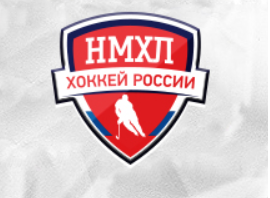 As reported by Russia's official state news agency TASS, it became known in April 2018 that the players' doping tests returned a positive result, which is why they were temporarily suspended from participating in competitions and training sessions.

The Russian Ice Hockey Federation noted that players were threatened with disqualification, and doctors and team leaders were sanctioned.

At the RUSADA hearings, it was ruled that meldonium got into the bodies of the players through a dietary supplement.

The RUSADA Disciplinary Committee accepted evidence of the innocence of the defence, according to which meldonium was in the dietary supplement due to the deliberate actions of a third party.

As a result, the charges against the players were dropped.

Last season, Rossosh Voronezh reached the quarter-finals where they were beaten 3-0 by eventual champions Dizelist Penza.

A number of athletes have failed a drugs test for heart attack drug meldonium, a medication which was outlawed by the World Anti-Doping Agency from the start of 2016.

Many athletes claimed they did not realise it had been banned while doubts were cast on how long the medication stays in someone's system.

The case of Russian tennis player Maria Sharapova, a five-time Grand Slam champion and Olympic silver medallist, was the most high profile due to her stature in the sport.

She was banned by the International Tennis Federation for two years, although this was later reduced to 15-months following an appeal at the Court of Arbitration for Sport which ruled that Sharapova had not doped intentionally.