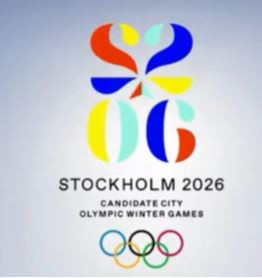 Some of Sweden’s top business leaders have signed an impassioned open letter to their fellow citizens in support of Stockholm’s bid for the 2026 Olympic and Paralympic Winter Games, claiming it would help build "a more cohesive society".

The signatories of the address to the people of Sweden, published in Sweden's largest morning newspaper, Dagens Nyheter, include Urban Edenström, chairman of the Stockholm Chamber of Commerce, Natalia Brzezinski, chief executive of Brilliant Minds, and Daniel Ek, founder of Spotify.

Sweden’s capital is one of two remaining candidates for the Games – the other being Milan-Cortina d’Ampezzo in Italy – and bid organisers made a presentation earlier this week to the Association of National Olympic Committees  General Assembly in Tokyo.

The presentation of Stockholm 2026 took place despite uncertainty due to the political situation, with city parties rulng out any taxpayer funding.

The bid has continued with officials claiming they can fulfil their bid promises by using private financing, and the business leaders have detailed how it can be "self-funding".

"There’s been much conversation about the potential benefits and costs of holding an Olympic and Paralympic Winter Games in Sweden in 2026," the letter began.

"With the International Olympic Committee’s new ‘Olympic Agenda 2020’ initiative promoting a more sustainable approach to the Games, the risks are now much less than in previous years.

"Politicians should therefore do their utmost to support Stockholm in hosting the 2026 Winter Games.

"It will not only promote the Swedish tourism industry and business as a whole, but also contribute to a more cohesive society."

The letter continued: "An Olympic and Paralympic Winter Games in Sweden in 2026 is a unique opportunity for our nation.

"To host one of the world’s largest events will promote a positive impression of Sweden and create long-lasting memories for years to come.

"Amongst many other gains, hosting the Games would benefit our youth, a demographic that faces some of the biggest societal challenges in our country right now.

"In Stockholm County alone, some 90,000 young people under the age of 26 live in vulnerable areas.

"There are no miracle cures for the problems of segregation and exclusion - but we do know that sport plays an important role as a platform for successful integration.

"The Swedish business community is both willing and able to play a greater role in this regard."

The letter addresses fears over the cost of hosting a Games.

"There have been suggestions that it might cost too much, and that the expenses could be borne by taxpayers – both citizens, and companies," it said.

"But with the new funding structure around the Games, and the economical and sustainable agenda at the core of the Stockholm 2026 proposal, these risks are very low"

The letter continued: “The Stockholm 2026 proposal sets out that approximately SEK9 billion (£780 million/$1 billion/€870 million) out of the SEK 13 billion (£1.12 billiion/$1.43 billion/€1.26 billion) in estimated operating costs is to be paid by the International Olympic Committee.

"Remaining funding comes from commercial income, such as sponsorship, tickets and merchandising.

"This means that the Games themselves are actually “self-funding”, making hosting the Games in 2026 a much different proposition than in previous years."

Other key points made by the letter include the fact that the planned ski centre and ice rink in Botkyrka "would provide a world-class facility and be an important investment for our youth".

It pointed out that hosting the Games is "an opportunity for Sweden to enhance our profile and position ourselves in an even stronger way on the world stage".

The Games would "provide an important boost to an already strong tourism industry" and "promote trade with the outside world".

The next milestone for the two remaining candidates is due to come on January 11 when they are expected to submit their bid plans to the IOC, although this deadline could be extended.