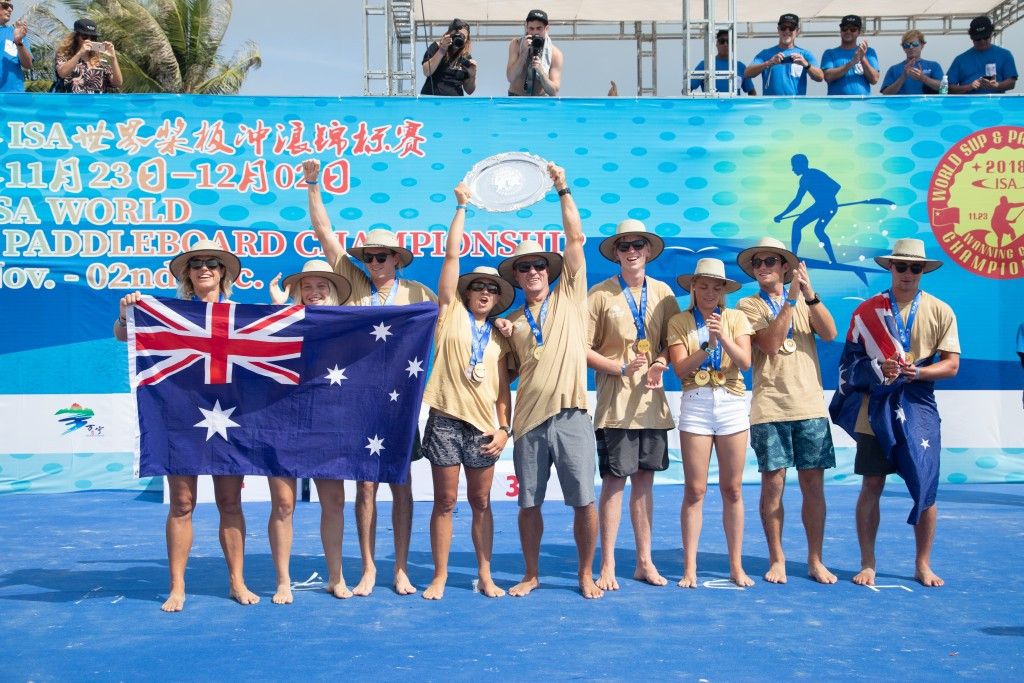 Their victory in the four-person, mixed gender event means they have now won team gold at the Championships for three years in a row and six times out of the last seven events, showing they are undoubtedly the nation to beat.

"We really wanted to win the relay and we came out today and put the nail in the coffin," their captain Shakira Westdorp said.

"We have a lot of fun and put in the hard work in the water.

"We are great friends and you can't manufacture that.

"I think that is why we keep on winning the overall team points."

Today's relay saw two men and two women from each nation take it in turns to race, starting with the men's prone athletes.

For Australia it was paddleboard technical gold medallist Lachie Lansdown who started, before tagging Terrene Black on the women's SUP leg.

Grace Rosato, who won women's prone distance gold yesterday, then took over on leg three, before Harry Maskell brought home the win in a time of 12min 33.19sec.

The result means the US also claim the overall team silver, while France, who finished sixth in today's relay, won the overall bronze.

After today's racing the Championships were brought to an end with the Closing Ceremony.

"To all the new world champions, enjoy your days in paradise," ISA vice-president and five-time gold medallist Casper Steinfath said.

"And to all of you who, like me, have no shining medals today, these ISA Worlds are [about] much more than just finding new world champions.

"It is a time to meet and greet old and new friends.

"It is a time to build new bridges across cultures.

"I can tell you that the ISA is committed to SUP for the long run and all together, let's continue to make this sport the best in the world."