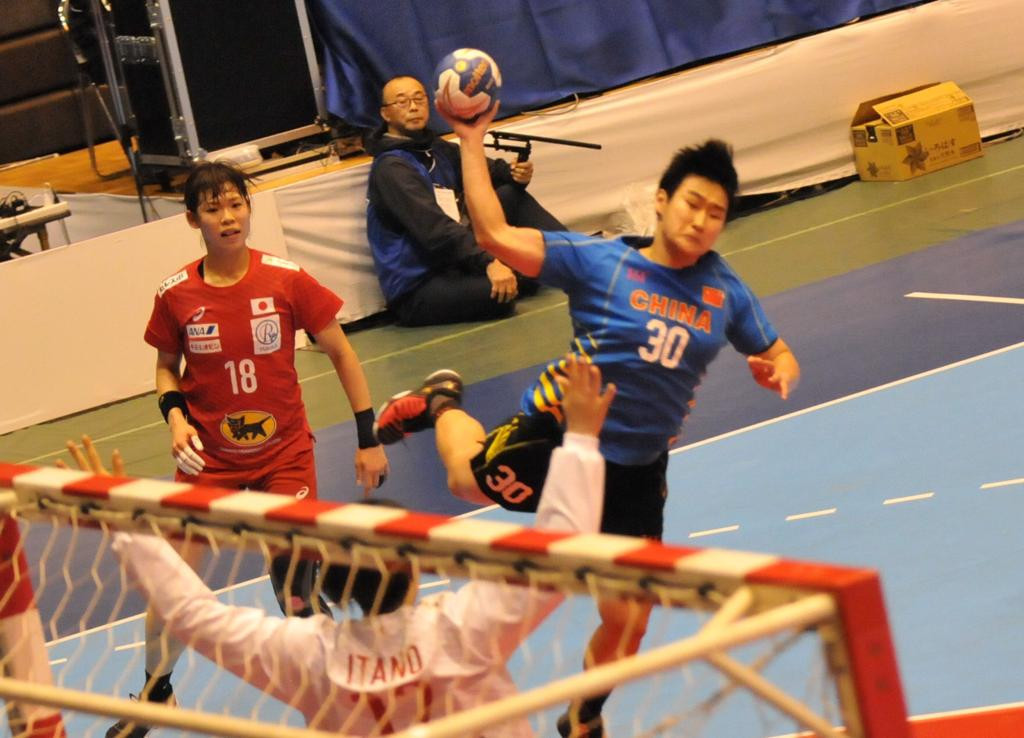 Hosts Japan will meet South Korea in the final of the Asian Women’s Handball Championships after defeating China 23-21 in Kumamoto.

After the teams had reached half-time at 11-11, the home side edged clear thanks in part to eight goals from Nozomi Hara at the Kumamoto Prefectural Gymnasium.

The Koreans earned their place in the final thanks to a far more clear-cut 31-23 win over Kazakhstan.

Earlier in the day at the same venue there was a landmark win for Iran, 19-17 over Hong Kong, which earned them a place in the fifth place play-off final, where they will meet Australia tomorrow.

The day’s play had opened with Singapore winning the ninth-place match against New Zealand, 20-18.

Defending champions Norway, requiring three straight wins to maintain their progress in the main round after two shock earlier defeats, earned the first of them at the European Women’s Handball Championships in France this evening.

Two points moved the Norwegians up to fourth place in group II of the main round – but they need to earn a place in the top three to survive.

Those positions are currently occupied by, from the top, Romania, The Netherlands and Germany, who all have four points.

Germany moved up thanks to a 29-23 win over Spain, who are now bottom of the group.

In the African Women’s Handball Championships at Brazzaville, Senegal earned an expected 32-22 win over bottom team Ivory Coast in their final group A match.

Senegal thus finished top of the group with eight points, three clear of Cameroon, and will now meet Guinea in the quarter-finals.

In the other group A match, Tunisia and Cameroon drew 25-25.

Hosts Congo lost their final group B match 32-19 to group leaders Angola, who finished three points clear of them, but they earned a quarter-final place against Tunisia after finishing second with two wins

Cameroon will now meet the Democratic Republic of Congo, while Angola meet Algeria.