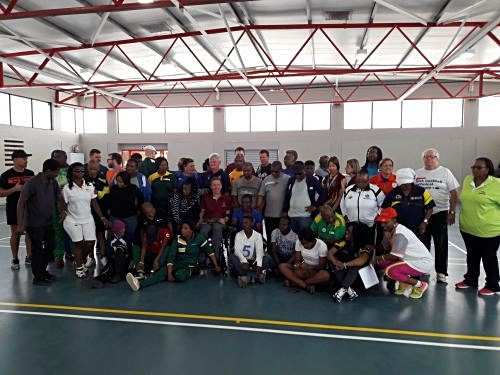 The workshop took place at Stellenbosch University Sports Centre from November 29 to December 2 and was the fourth to be held on the continent since 2016 as part of IBSA's development efforts.

A total of 57 athletes, coaches and officials attended the workshop, which offered theoretical and practical training focusing on the rules of goalball and team preparation and coaching.

Officiating and administration procedures were among other topics discussed at the event.

Participants were also given balls, eyeshades, patches, court tapes and strings, whistles and game paperwork to enable them to develop goalball in their own regions.

The project, supported by the International Paralympic Committee, is designed to introduce goalball to new countries as well improve the quality of the game in countries already playing the sport.

Previous workshops have been held in Algeria, Ivory Coast and Uganda.

Following the workshop, the players, coaches and referees who participated had to chance to apply their new skills, competing in a tournament consisting of six teams, won by Maties from Stellenbosch University.