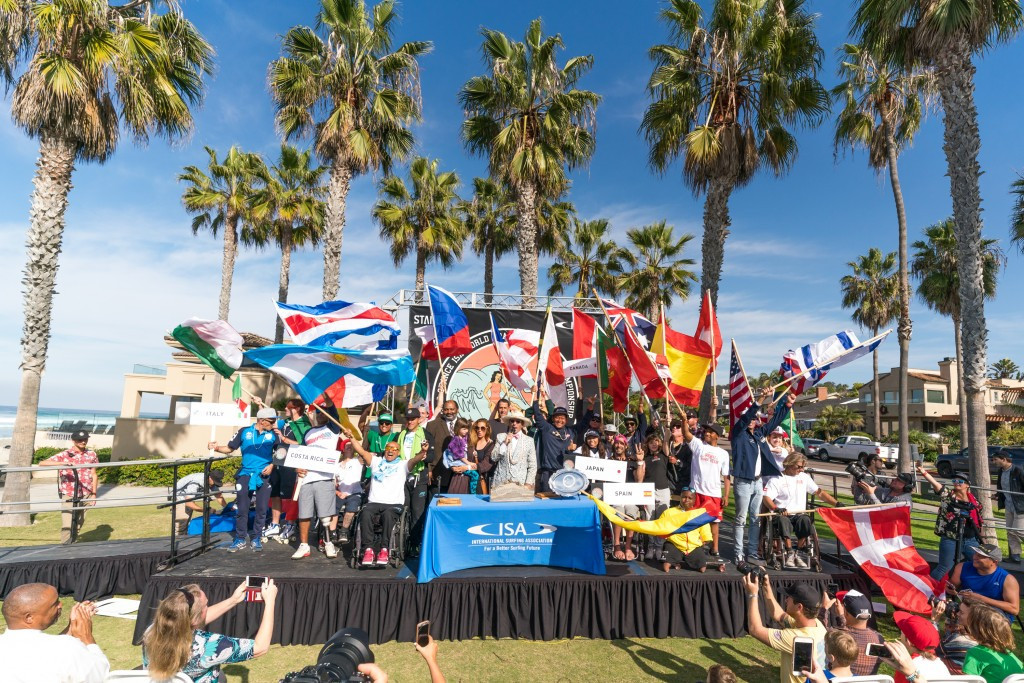 A record-breaking 120 athletes from 24 nations participated in the traditional parade of nations and sand of the world ceremonies prior to the start of the event.

"The inaugural World Championship in 2015 unleashed the power of adaptive surfing around the world," said Aguerre.

"Not just for the people that surf, but those who thought that surfing was not possible who now have started surfing.

"At times you look around and it feels like hate, violence, and nastiness rule the world.

"I will tell you, we are here to show that love, peace, and kindness rule the world.

"I wish all the competitors the best of luck during this historic week.

"We are here to show the world what is possible."

Brazil's Jonathan Borba was among the star performers in the opening day's heats, earning two wave scores of nine and eight points to earn the day-high heat total of 17 in the AS-1 division.

Canada's Victoria Feige, competing both in the open and women's AS-2 division, was second in her heat.

A group of 37 female surfers will take part, almost double the number on the entry list last year when women only divisions were first introduced at the Championships in La Jolla.

Competition is scheduled to continue tomorrow.