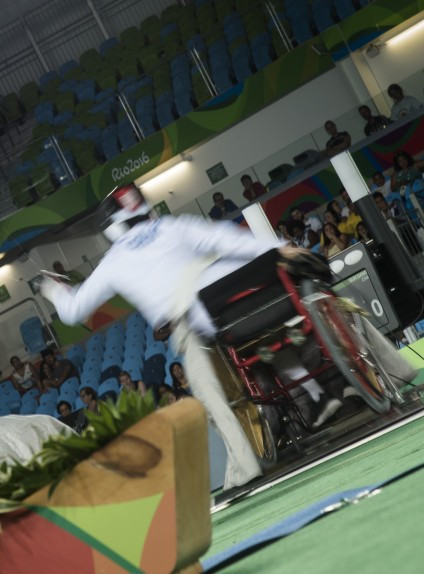 China earned gold in both the men's events on the third day of action at the Wheelchair Fencing World Cup in Kyoto.

Sun Gang earned gold in the men's foil A class with a 15-6 win over Emanuele Lambertini of Italy in the International Wheelchair and Amputee Sports Federation event at the Grand Prince Hotel in the Japanese city.

The other bronze went to Sun's team-mate Zhong Sai Chun, beaten by exactly the same score by Lambertini.

There was gold for China too in the men's foil B category as Feng Yanke earned a 15-7 win over Jacek Gaworski of Poland.

The Pole had earned a 15-10 semi-final win over Britain's Dominic Coutya, who thus added foil bronze to the one he had earned the previous day in the epee B competition.

Iuliia Maya of Russia beat Ukraine's Yevheniia Breus to gold in the final of the women's epee A category.

Breus beat Hungary's Amarilla Veres 15-13 in the semi-final, while Maya advanced with a 13-10 victory over Rong Jing of China.

The Belarus athlete had beaten France's Cecile Demaude 15-8 in the semi-final, with Boykova progressing thanks to a 15-6 win over fellow Russian Ludmila Vasileva.