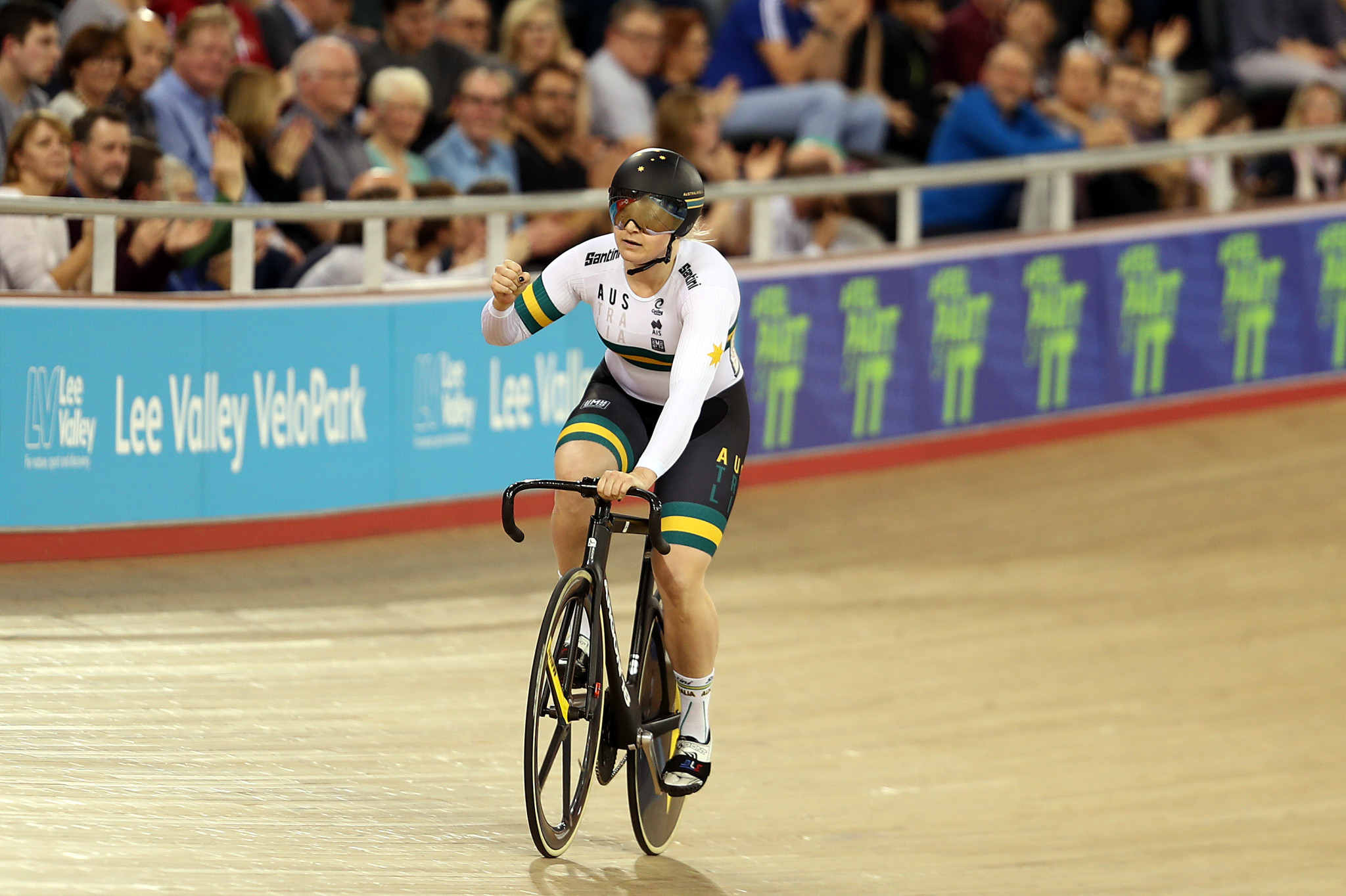 The Australian, a triple gold medallist at this year’s Commonwealth Games in Gold Coast, came through the early rounds of competition impressively at the Lee Valley Velopark.

Morton saw off the challenge of Ukraine’s Olena Starikova in straight rides in the semi-final to set up a gold medal clash against Germany’s Emma Hinze.

She proved able to get the better of the German on both occasions to secure top spot on the podium.

Starikova would miss out on the bronze medal, as she was beaten by The Netherlands’ Laurine van Riessen straight rides.

Kirsten Wild emerged as the winner of the four event women’s omnium.

The Dutch rider topped the standings after the first three events, as she won both the scratch and elimination races, along with a third place in the tempo.

Wild preserved her advantage over second placed Jennifer Valente during the concluding points race, with the American unable to close the gap sufficiently.

A total score of 124 points across the four races saw Wild take gold, with Valente six points adrift in the silver medal position.

Canada’s Allison Beveridge rose one place to third in the final race, with her score of 106 seeing her take bronze ahead of France’s Laurie Berthon.

And that's a wrap for day two of #TissotUCITrackWC London! 🙌

Madison glory for 🇩🇰 & a brilliant keirin from @MatthijsBuchli among the big moments! 📸

What was your highlight? 👌 pic.twitter.com/4gl2SgsUIJ

A second Dutch gold medal of the day was achieved by Matthijs Buchli in the men’s keirin competition.

He came across the line first in the final, edging out Malaysia’s former world champion Azizulhasni Awang.

The top three was rounded off by Theo Bos, another Dutchman, who was riding for the Beat Cycling Club.

Denmark’s Julius Johansen and Casper von Folsach triumphed in the men’s madison event, largely due to the duo gaining a lap on the field.

The 20 points gained contributed significantly to their winning total of 46, which also included three sprint victories.

Britain’s Fred Wright and Matthew Walls were the runners-up on 30 points, with the podium rounded off by Spain’s Albert Torres and Sebastien Mora on 21.

The World Cup is set to conclude tomorrow.