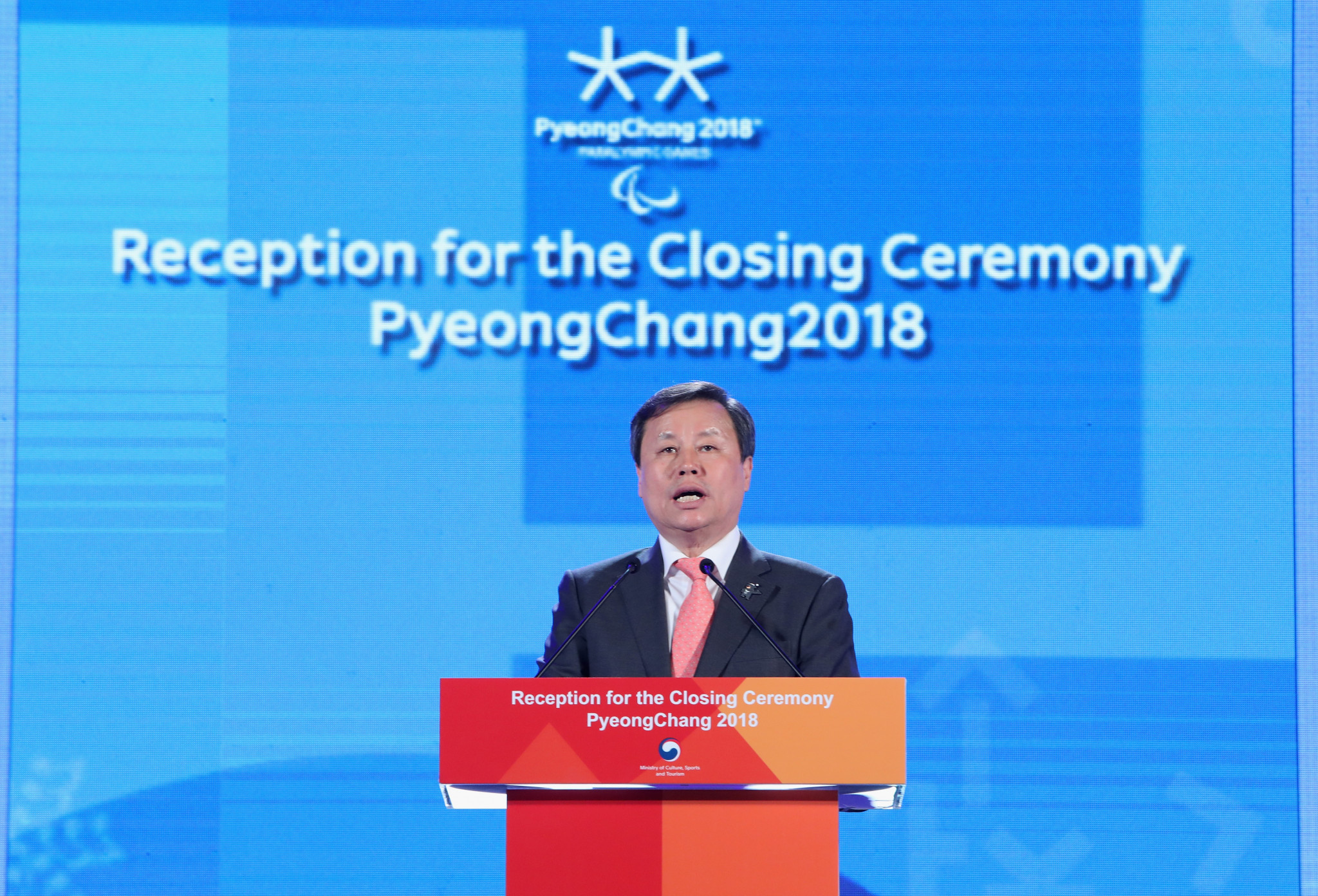 South and North Korea have agreed to field joint teams in three sports at Tokyo 2020, it has been announced.

The South's Sports Minister Do Jong Hwan said the neighbours would unite in women's basketball, canoeing and rowing in the Japanese capital, according to the JoongAng Ilbo.

He said that united teams could also be formed in table tennis, judo and "possibly other sports".

The news, which follows cross-border talks, is the latest development in sport contributing to an apparent thawing of tensions between the two countries.

It is unclear how the joint-Korean teams would qualify for Tokyo, but the International Olympic Committee (IOC) would likely be a willing facilitator due to the positive press the two nations' joint efforts to date have garnered.

Both countries, which are still technically at war, are in talks about a potential co-bid for the 2032 Summer Olympic and Paralympic Games.

Kim Jong-un, the leader of the North, made a surprise announcement on January 1 that his country would be prepared to compete at the Pyeongchang 2018 Winter Olympics in the South.

A total of 22 athletes from North Korea eventually took part after an IOC-led four party meeting in Lausanne on January 20, which also involved South Korea and Games organisers.

Both Koreas marched together at the Olympic Opening Ceremony and a joint ice hockey team played in the women's competition.

Further moves saw a squad of cheerleaders deployed and, arguably most significantly of all, a high-level North Korean delegation travelled which included Kim Yo-jong - the sister of the leader.

The build-up to Pyeongchang 2018 featured strained rhetoric between Kim and Trump over North Korea's nuclear programme and missile launches, but sport is seen as a vehicle to achieving peace.

Both Koreas competed together in three sports at this year's Asian Games in Jakarta and Palembang, winning a dragon boat racing gold medal.

They have also joined up in table tennis and judo events.

A joint march could be held again at the Tokyo 2020 Opening Ceremony.