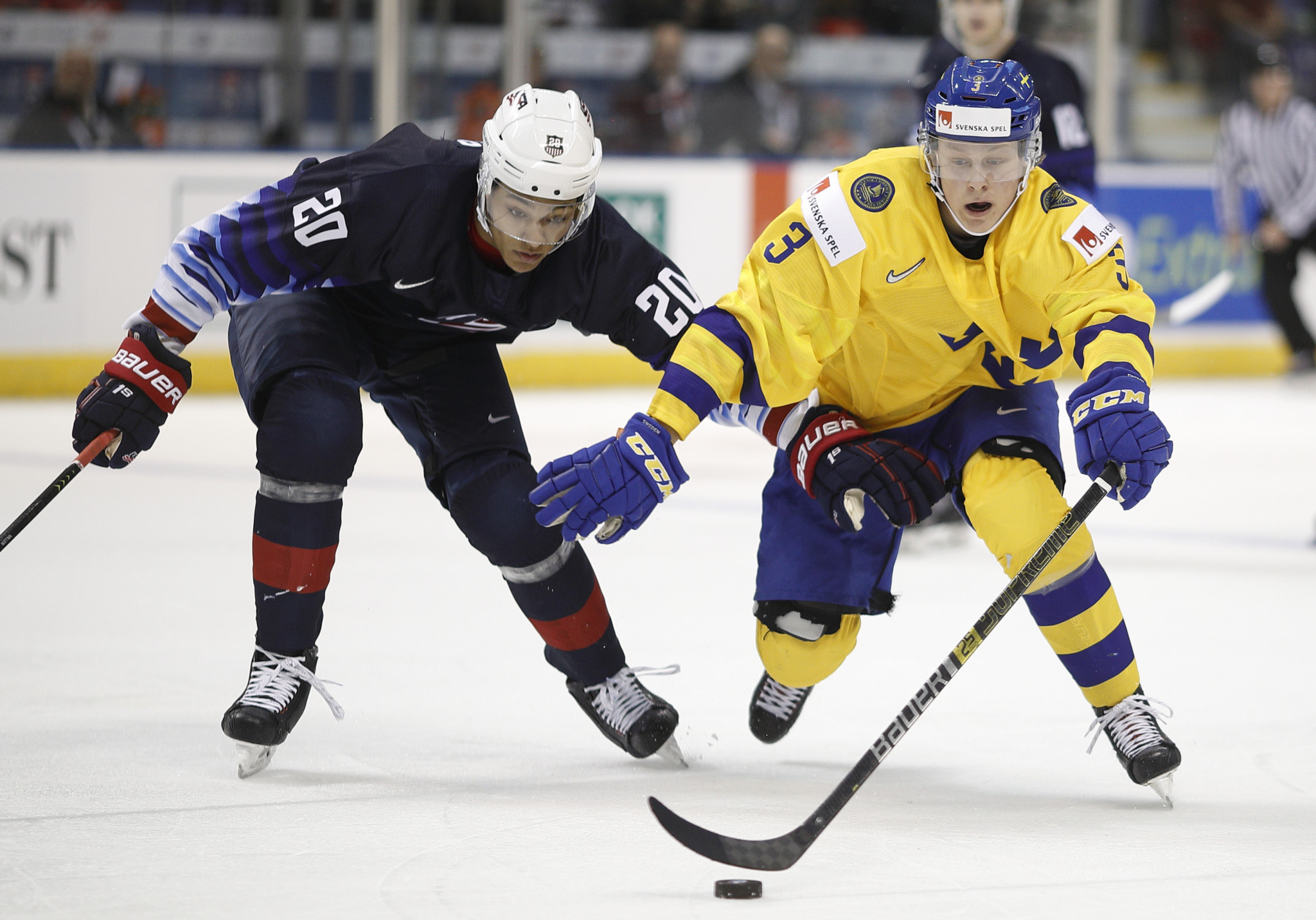 The US were 4-0 down by the 42nd minute, with Filip Westerlund, Rickard Hugg, Emil Bemstrom, Erik Brannstrom scoring for Sweden at the Save-On-Foods Memorial Centre.

Mikey Anderson then scored for the Americans, before Ryan Poehling hit a hat-trick to complete a remarkable comeback in normal time.

It was Sweden that scored in overtime, however, winning 5-4.

"We did a pretty bad third period.

The victory extended Sweden's unbeaten run in round-robin games at tournaments to 47.

Sweden now lead Group B with eight points, while the US are second with seven points.

Finland are in third after beating Slovakia 5-1, with Henri Jokiharju, Santeri Virtanen, Ville Heinola, Anton Lundell and Oskari Laaksonen scoring for Finland and Milos Roman getting a consolation goal for Slovakia.

Hosts Canada also won 5-1 against the Czech Republic at the Rogers Arena in Toronto to consolidate their lead in Group A.

The teams were originally drawing 1-1 through goals from Maxime Comtois for Canada and Ondrej Machala for the Czechs.

Brett Leason, Alexis Lafreniere, MacKenzie Entwhistle and Morgan Frost then scored for Canada to put the game beyond doubt.

Switzerland then beat Denmark 4-0 with Philipp Kurashev getting a hat-trick and Simon le Coultre also scoring.

Tomorrow's is due to see Switzerland play Russia and Kazakhstan meet Slovakia.