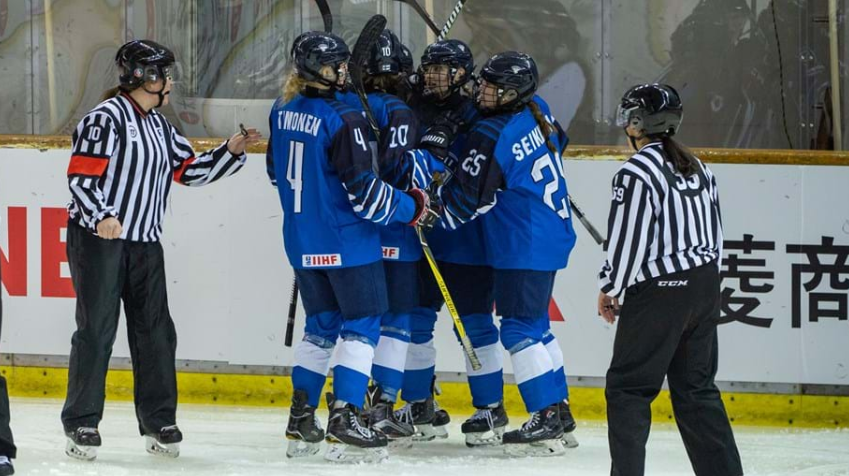 Finland qualified for the quarter-finals of the International Ice Hockey Federation Under-18 Women's World Championship with a 4-2 win over Switzerland in Obihiro.

Despite the Swiss comeback, Viivi Vainikka and Anni Timonen scored another two for Finland to secure a victory for their country at the Obihiro Arena.

This puts Finland on top of Group B with six points and gives them a place in the quarter-finals.

The remaining game in Group B saw the Czech Republic defeat hosts Japan 4-2.

Natalie Mlynkova scored twice for the Czechs, with Hana Haasova and Sara Cajanova also getting on the score-sheet.

Kaho Suzuki and Ami Sasaki got the consolatory goals for Japan.

Both the Swiss and Czechs now have a win each and will battle for the second qualifying place from the group.

In Group A, holders the United States came from behind to defeat Canada 3-2.

Julia Gosling and Laura Cote scored first for Canada, before a goal from Dominique Petrie and two from Abbey Murphy won it for the Americans.

Russia beat Sweden 5-3, with Yelizaveta Shkalyova grabbing a hat-trick for the winning side.

Karina Akhmetova and Vita Ponyatovskaya also scored for Russia, while Vendela Olsson, Lina Ljungblom and Josefin Bouveng got on the score-sheet for Sweden.

With the top two teams from Group A progressing straight to the semi-finals but the bottom two competing in the quarter-finals, the final standings will be decided on January 9 when the US play Sweden and Canada meet Russia.

In Group B, Japan take on Switzerland and Finland come up against the Czech Republic.