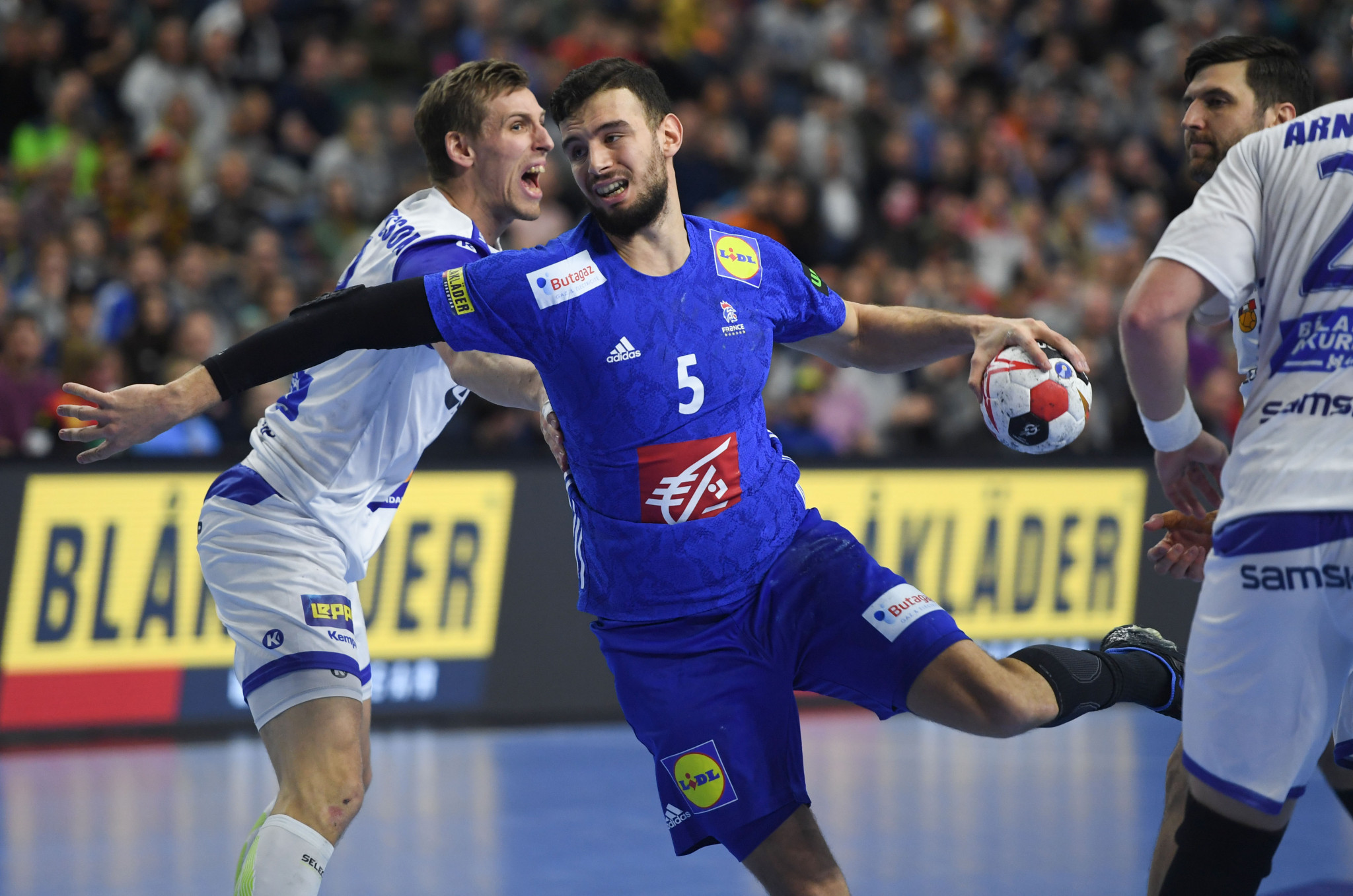 Defending champions France moved top of their main round group with victory over Iceland at the International Handball Federation Men’s World Championship.

France, who won both of the last two World Championships, triumphed 31-22 in front of more than 18,500 fans at the Lanxess Arena in Cologne.

The result saw them take top spot in Group I on seven points.

They are yet to lose in this year’s competition and one more win will guarantee them a place in the last four.

With the top two sides set to advance into the semi-finals, Croatia had a chance to move into second.

A win against Brazil in Cologne would have put the 2003 world champions one point ahead of co-hosts Germany, but with the pressure on the Europeans were unable to take their chance.

Instead the Brazilians, who had never previously made it into the main round, triumphed 29-26.

Croatia can still qualify for the semis but they now face an uphill task with games against co-hosts Germany and the reigning champions France still to come.

In the third main round match today, Hungary beat Tunisia 26-21 in Group II at the Jyske Bank Boxen in Herning.

Even before the game began both sides were out of contention for the semi-finals, but with Olympic qualification on the line it was still a hard-fought match.

In front of a crowd of more than 2,600 spectators Hungary ended the first half 16-14 ahead and built on that lead in the second.

The win puts them third in the group, though they have played two games more than the 2017 runners up Norway in fourth, who play their next match against Sweden tomorrow.

In the President’s Cup placement games Qatar beat Russia 34-28 back at the Lanxess Arena to finish in 13th and claim the trophy, while Macedonia triumphed over Chile 32-30 to finish 15th at the same venue.

That result sees Macedonia match their achievement at the last World Championships in France two years ago.

Austria beat Bahrain 29-27 to finish 19th, while in the evening Serbia beat Argentina 30-28 to end the tournament in 17th.

All of those last four matches went ahead at the Royal Arena in Copenhagen.