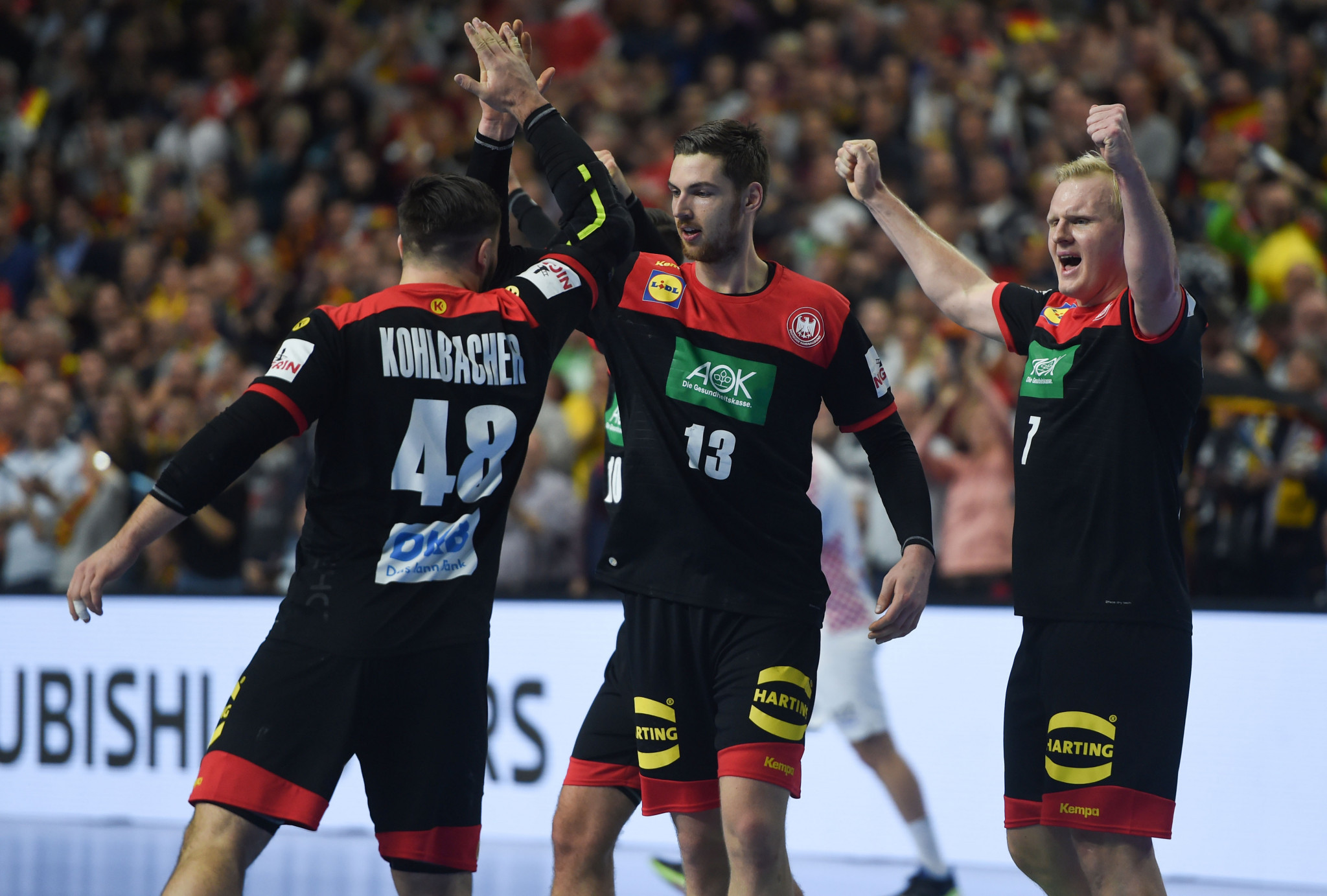 Both teams were assured of progressing with one game to spare in group one of the main round should Germany overcome Croatia.

The co-hosts were forced to battle throughout a close match in Cologne, with the two teams locked at 11-11 at half-time in the  Lanxess Arena.

Germany would ultimately edge the match 22-21 to book their place in the last four, as they moved onto three wins and one draw.

France, who did not play today, advanced with the same record.

Croatia and Spain had hoped to make a late surge into the top two, but the former's defeat ended both their prospects.

Spain had kept their hopes alive earlier in the day by earning a 36-24 win over Brazil.

The group matches will conclude with Germany facing Spain and France taking on Croatia.

Brazil and Iceland will also play their final match.

The clash in the second main round group was key, with Sweden boasting wins from all three of their matches, while Norway had two wins and a defeat.

A victory at the Jyske Bank Boxen in Herning would see the Norwegians draw level with Sweden, who are due to face group leaders and co-hosts Denmark in their final match.

Norway would edge a closely fought first half, as they entered the break with a 17-14 advantage.

They preserved their three point cushion in the second period to clinch a 30-27 success.

Magnus Jøndal proved Norway’s star player, as he scored 11 of his team’s goals in the tie.

Denmark moved to the brink of a semi-final place after they beat Egypt 26-20 in the late match.

The result preserved their unbeaten record and eliminated the African team.

The co-hosts will face Sweden in the final group match on January 23, while a victory for Norway against Hungary could see them secure the crucial top two spots.

Egypt and Tunisia will play in the other group two match.