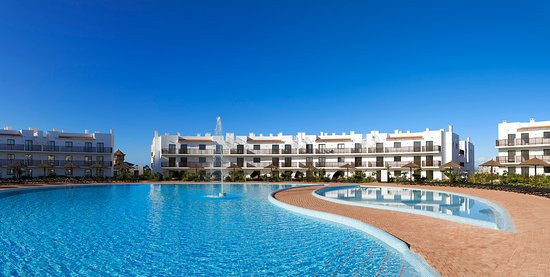 Sol Dunas Beach Resort in Santa Maria will serve as the Athletes' Village at this year's African Beach Games in Cape Verde, organisers have announced.

The five-star resort will house the 1,000 athletes from 54 countries who are expected to compete at Sal 2019 after Organising Committee President Filomena Fortes signed an agreement with resort general manager Kais Mbarek.

It is claimed the venue will be a "wonderful home away from home" for the athletes at the event, scheduled to run from June 14 to 23.

The signing of the deal came on the sidelines of a technical monitoring committee meeting, where Sal 2019's progress was assessed by key stakeholders.

The Sol Dunas Beach Resort and Spa, owned by the Meliá Hotels International company, is all-inclusive and has four swimming pools and direct access to the nearby Praia do Algodoeiro beach.

Preparations for the event have stepped up in recent months and Sal 2019 recently unveiled Japanese car manufacturer Toyota as an official sponsor.

Sports set to feature on the programme at the African Beach Games, the first of its kind to be held on the continent, include beach football, beach volleyball, open water swimming and 3x3 basketball.