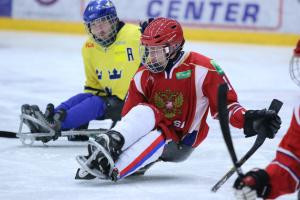 World Para Ice Hockey is looking for countries to host three of its major events in 2020.

The European Championships consists of ten teams, with the 2016 event held in Östersund, Sweden.

The second Pan Pacific Championships is expected to be bigger than the inaugural edition in 2016, when Buffalo in the United States hosted four teams.

At least five teams will compete in the 2020 competition, with reigning champions the US, Canada and South Korea returning and China and Japan making their debuts.

A third host is wanted for the C-Pool World Championships, which will feature Finland, Australia, one relegated team from the B-Pool and any new countries.

"We anticipate an exciting and busy year for our sport in 2020," said Barbora Kohoutova, World Para Ice Hockey manager.

"With the European Championships to take place, plus the Pan Pacifics and Worlds C-Pool expanding, we are seeing nations hungry to compete and eager to develop in Para-ice hockey.

"With the Pyeongchang 2018 Paralympic Winter Games wrapped up, followed by the 2019 World Championships A-Pool and B-Pool, next year will be important for nations to challenge their regional counterparts.

"For some, it is a push for the Beijing 2022 Games, and for others, an opportunity to continue their growth toward high performance.

"We have seen changing times in our sport for the good.

"Newcomers China stunned at the C-Pool, and Australia put together their first team in such a short time thanks to a grant from the Agitos Foundation.

"These are just to name a few, and organisers have the opportunity to keep up this momentum in 2020."

Bids are now being accepted to host the three competitions, with deadline set as March 8.