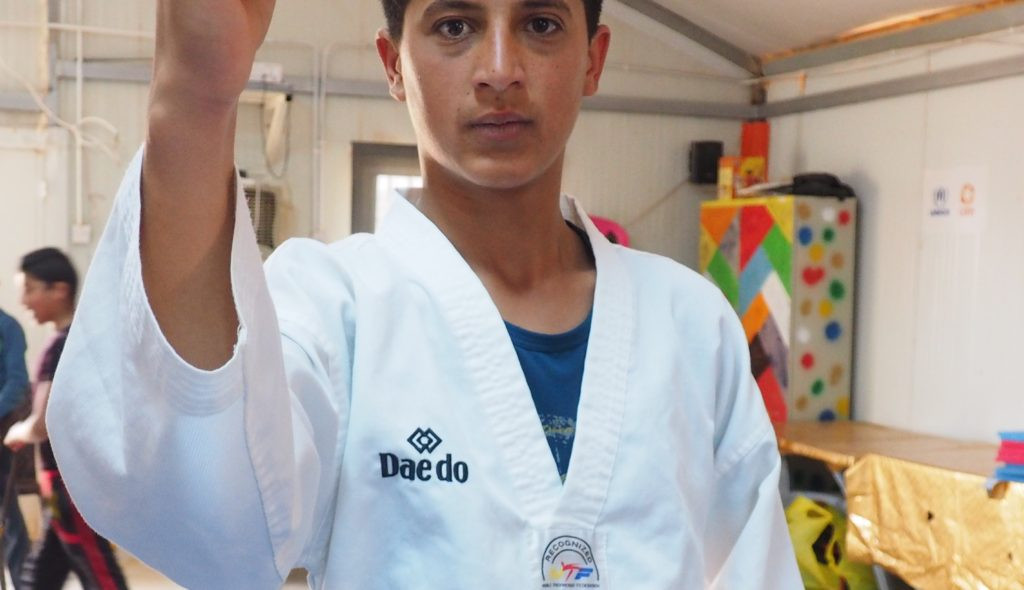 Wael Fawaz Al-Farraj has targeted representing the refugee team at the Tokyo 2020 Olympics after his successful training at the Taekwondo Humanitarian Foundation (THF).

The Syrian-born fighter is the first black-belt athlete produced by the THF - which works to teach taekwondo to refugees around the world.

He trained at the Azraq Refugee Camp in Jordan after fleeing the conflict in his home country.

A refugee team appeared at the Olympics for the first time at Rio 2016 and Al-Farraj would like to follow in their footsteps in the Japanese capital.

"I, and everyone in Syria, suffered so much," he said.

"Today I would be proud to represent the refugee team at the Tokyo 2020 Olympics."

Al-Farraj said one of his heroes was famous martial artist and actor Bruce Lee.

"I would sit and be completely enthralled by his movies," he said.

"I used to try and imitate his moves but I wasn't very successful."